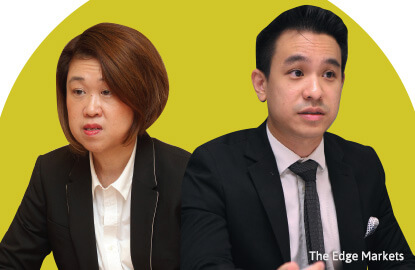 +A
This article first appeared in Personal Wealth, The Edge Malaysia Weekly, on January 30 - February 5, 2017.

The country’s bankruptcy law could see some important changes this year if the proposed amendments to the Bankruptcy Act 1967 (which is to be renamed the Insolvency Act 1967) are adopted.

The Bankruptcy (Amendment) Bill 2016, tabled for first reading in Parliament on Nov 21 last year, includes proposals to increase the minimum debt level to be declared a bankrupt to RM50,000 from RM30,000 currently, grant immunity to social guarantors and implement a mechanism that will allow debtors to negotiate an arrangement with their creditors before legal proceedings can be taken against them.

Donovan Cheah, partner at legal firm Donovan & Ho, says the new law will make commencing bankruptcy proceedings more difficult for creditors as debtors will have more time to seek recourse. “From my point of view, the overall objective is to reduce the number of bankrupts in Malaysia and give those who are already bankrupt a chance to rebuild their lives. It will be easier for them to get out of bankruptcy, provided that they meet the necessary requirements.”

According to the Department of Insolvency’s statistics, 97,215 people were declared bankrupt between 2012 and September last year, with Selangor leading the other states at 27,269 cases.

The most significant change to the Act is the introduction of a mechanism called the voluntary arrangement, which will allow debtors to negotiate a debt settlement with their creditors. This can be done any time before the debtors are declared bankrupt. According to Radd-Aline Soo of legal firm Soo & Co, this is already practised in countries such as Singapore and the UK.

“Basically, the debtor will get a court order that gives him 90 days to reach a settlement with his creditor. During this period, bankruptcy proceedings or legal actions cannot be taken against him. The debtor will also be able to avoid the effects of bankruptcy, such as the prohibition on travelling abroad,” she says.

Although there are currently no provisions for this, debtors can negotiate with their creditors without going through the courts. But without the court order giving the debtors 90 days to reach a settlement, their creditors will be able to file bankruptcy proceedings or take legal action, says Cheah.

“The new mechanism will allow the debtor to bind all of his creditors to the voluntary payment plan. Say you have three creditors — A, B and C. While you may have reached a settlement with creditor A, it does not mean that you have resolved your issue with creditor B and C,” he says.

“Under the proposed amendment, if you are able to secure 50% of the creditors and 75% of the value of the debt, all of the debts will be bound. In this scenario, even if creditor C objects, it will have to go along with your payment plan. I think this will really help to prevent people from ending up in bankruptcy and allow them to resolve their debts at one go.”

To apply for the voluntary arrangement, the debtors will be required to appoint a qualified insolvency practitioner (also known as nominee) to handle all matters and conduct the negotiation process. This includes getting the court order and meeting the creditors. Once the payment plan has been approved by the creditors, the debtors can proceed with the payments. If the plan is rejected, the 90-day court order will lapse.

“There are restrictions when it comes to applying for the voluntary arrangement, perhaps to prevent abuse, such as people doing so just to get the 90 days to reach a settlement,” says Cheah.

“It could be a situation where a debtor proposes an unreasonable negotiation just to get the 90-day time frame and apply for a new arrangement right after the first one is rejected. Therefore, the proposed amendment states that debtors must not have applied for this in the last 12 months, meaning you can only apply for the voluntary arrangement once a year.”

Another important amendment is the provision for automatic discharge from bankruptcy after three years from the date of submission of the debtor’s statement of affairs. The automatic discharge will only be given to debtors who have achieved the target contribution set by the Director-General of Insolvency (DGI).

Under the current legislation, even if a debtor has paid off his debts, he is not automatically discharged from bankruptcy under the law. “Currently, a bankrupt will have to apply to the court for an order to be discharged from bankruptcy. It may take a long time — a minimum of five years — before the DGI issues a certificate of discharge to the debtor. Therefore, with the proposed amendment, the debtor will not have to apply to the court or Department of Insolvency to remove their bankrupt status,” says Soo.

Under the proposed amendment, if debtors meet the target contribution set by the DGI and comply with the other requirements, such as submitting their statement of affairs on time, a notice of discharge will be issued to all the creditors, giving them a chance to object.

“The objections are on very limited grounds. Usually, it may involve a criminal offence committed by the debtor that had caused them to be a bankrupt, such as dishonest dealing in property purchases and other types of fraud. If you fall outside this scope, the creditors will not have much grounds to object, so it should make the process faster,” says Cheah.

Social guarantors are those who provide a guarantee for a debtor not for the purpose of making a profit. Soo says this is the main reason Malaysians are declared bankrupt. She adds that according to Minister in the Prime Minister’s Department Nancy Shukri, out of the 11,159 individuals who were declared bankrupt between 2010 and October 2015, 60.8% were social guarantors.

The most prominent case of a social guarantor turned bankrupt is that of the late Tan Sri Ngan Ching Wen, who was chairman and managing director of Unico-Desa Plantations Bhd. He was pursued for 19 years by the Moscow Narodny Bank to pay a debt for which he was the guarantor.

“Although Ngan was not someone who had difficulty paying his debts, he was still declared a bankrupt for two years. It was not that he could not pay. He wanted to negotiate and settle on a more reasonable sum since the principal and interest were unreasonably high. The declaration of his bankruptcy forced him to change his lifestyle and face many hardships. This is why the amendment is important,” says Soo.

Cheah agrees, saying that generally a lot of the bankruptcy cases in Malaysia involve social guarantors who had guaranteed loans of their family members. Under the proposed amendment, social guarantors will receive absolute immunity from being declared a bankrupt while those who have already been declared bankrupt will be discharged without objection.

“This, however, does not protect them from legal proceedings. They are still liable for debts arising from the loans they have guaranteed and creditors can still take legal actions such as suing them or seizing their properties,” says Cheah.

Another amendment to the Act is that the bankruptcy cause papers must be delivered personally to the debtor and not by other means. Soo says this will make it difficult for creditors to start bankruptcy proceedings.

“Creditors are currently allowed to use a substitute service, such as using the newspapers as an indirect way to serve the cause papers on you. But under the proposed amendment, they will no longer be allowed to do so,” she adds.

“Unless it can be proved that you are intentionally delaying the personal service or are outside the country, they have to take the extra step and make sure that you personally receive the cause papers. I think this is very important because nowadays, people relocate often. It is very easy to miss such documents. So, I think it is crucial for creditors to make sure that the debtors are aware of the actions taken against them.”

While the proposed amendments will be effective in decreasing the number of bankrupts in Malaysia, it may not address the root cause of the problem, says Soo. “The number of bankrupts in the country is very high and this is happening not only to those at the lower-income level but also the upper-middle-income group and professionals. This means that people still do not understand how they can be deemed bankrupt. They need more education on financial planning to avoid this from happening in the first place.”

Cheah concurs, saying that there is a lack of financial and legal literacy in Malaysia. To effectively reduce the number of bankrupts in the country, efforts must be made to educate the public on how to manage their finances and avoid legal action taken against them.

“The proposed amendments, such as increasing the minimum debt threshold, will surely reduce the number of people qualified to be a bankrupt and the workload of the Department of Insolvency. However, if we are really serious about addressing the core issue behind bankruptcy, then we need to look at whether there should be more initiatives on financial awareness, financial planning and legal knowledge. Finding out why people are getting into debt without the means to repay it should be the focus to make sure we are treating the problem and not the symptoms,” he says.

The second reading of the Bankruptcy (Amendment) Bill 2016 is expected to be tabled this year.