From The Edge
Politics & Government
Focus 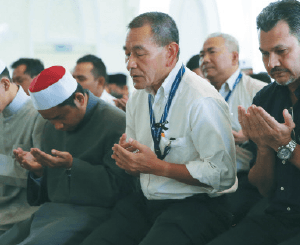 EVEN before the crash of the AirAsia jet bound for Singapore from Surabaya in the last days of 2014, Malaysia’s aviation sector was looking seriously distressed.

For Malaysia Airlines (MAS), the reminders were the coda to a dire year. The disappearance in March of MH370 and the shooting down of MH17 in July not only pushed Malaysia’s national carrier into bankruptcy, but also bashed public confidence in the government’s handling of crisis and the management of its aviation sector.

The question now is: can the sector recover? The problem is complex and only a major overhaul of the civil aviation crisis-management protocol will be able to restore public confidence.

More importantly, aviation analysts, senior airline executives and bankers note that the government will need to shed its protection of state-controlled entities and allow for greater competition in the sector.

Like most so-called legacy carriers, the odds are stacked against MAS.

“The whole business model is broken because legacy airlines like MAS are struggling, squeezed by budget carriers on one end and heavily subsidised airlines, such as Etihad, Qatar and Emirates, on the other,” says Manu Bhaskaran, regional strategist with Centennial Advisory in Singapore.

“[Aviation sector] reforms need to be anchored on the basic principle that the industry can have a huge multiplier effect on the economy. Policies of the past have only institutionalised the inefficiencies of the sector and around MAS,” says one former director of the airline who requested anonymity.

The stakes are high for Prime Minister Datuk Seri Najib Razak’s (pic, left) administration, which is struggling to deal with a growing clutch of economic woes, ranging from staggering public and household debt loads and a weaker government balance sheet because of lower income from falling oil and gas prices to concerns over the health of many of the country’s state-controlled entities — including MAS — that dominate the economy and suck up the available lending from the banking system.

Particularly vulnerable is the country’s tourism sector, which accounts for roughly 13% of gross domestic product and is the second-largest contributor to the economy. Unless the country’s air carriers restore public confidence in their services, an important crutch for an already slowing economy could get a serious knock.

Most analysts believe that AirAsia, which has the deepest cross-border penetration among the region’s low-cost carriers, will be able to weather the storm.

But the problems at MAS, which was delisted from the Malaysian stock exchange at the end of December as part of a RM6 billion government-led restructuring plan, run very deep.

MAS is very much a victim of a Malaysian malaise that dates back to the early 1990s and is tied to the many policy fiascos during the 22-year premiership of Dr Mahathir Mohamad (pic, right).

“The problems have long roots and are multi-dimensional in nature, making it very hard for the current administration to deal with them,” notes Manu of Centennial Advisory.

Ironically for MAS, many of the personalities involved in the failures that led to the airline’s protracted troubles are in some way also involved in the government plan to resuscitate the flagging national air carrier.

MAS’s woes can be traced back to the aggressive speculation in international foreign exchange markets by Malaysia’s central bank, Bank Negara Malaysia (BNM), from the late 1980s.

The controversial strategy, endorsed by Dr Mahathir, ended in disaster. By the end of 1993, BNM’s capital base was wiped out after it suffered accumulated losses of RM15 billion from its foreign exchange trading.

The financial debacle led to the resignations of BNM’s governor at the time and also Tan Sri Nor Mohamed Yakcop, a deputy governor of the central bank and chief architect of its international forex trading campaign.

But that didn’t stop Dr Mahathir from pursuing another controversial gambit. In a bid to recapitalise the central bank’s balance sheet, he tapped one of the government’s favoured businessmen, Tan Sri Tajudin Ramli, to acquire a controlling 32% interest in MAS that was held by BNM.

Tajudin, a major player in the country’s telecommunications sector, paid RM1.79 billion, or RM8 a share, for the bank’s holdings in MAS. In court documents submitted by Tajudin in a subsequent legal battle with a Malaysian government agency, he claimed to have bought the shares at Dr Mahathir’s behest, paying a sky-high premium over MAS’s trading price of RM3.30 a share at the time, as part of the plan to bail out BNM.

Tajudin’s takeover only plunged MAS into more trouble. When he took over the company, MAS had cash reserves of more than RM600 million. But the government was forced to bail out Tajudin and MAS in 2001, by which time the airline was riddled with mismanagement and had accumulated losses of more than RM8 billion.

Nor Mohamed had by this time returned to government as a key trouble-shooter and was tasked by Dr Mahathir with overhauling MAS. The former central banker tapped a fast-rising corporate restructuring executive, Tan Sri Azman Mokhtar, to come up with a plan.

Azman’s idea, fancily called “widespread asset unbundling”, was accepted and essentially turned MAS into an operating entity that leased its planes and other assets from the government.

Azman was shortly afterwards appointed managing director of state-owned sovereign fund Khazanah Nasional Bhd, which controlled MAS, and the turnaround plan appeared to be working. In 2004, MAS reported profits of RM461 million, the highest since the carrier’s listing in 1985.

In more recent times, though, the turnaround has turned sour. Since the government took over MAS, investment analysts say, the airline has bled more than RM8 billion in losses despite receiving several financial lifelines from taxpayers estimated at more than RM10 billion.

MAS is undergoing another restructuring which is set to cost taxpayers another RM6 billion.

The plans will involve massive write-downs on loans and bonds amounting to RM12.5 billion, and major job cuts of up to 25% of the airline’s workforce.

Financial executives involved in the restructuring plan say that several options are being considered, including closing all routes outside Asia save for the London sector. The plan also calls for the disposal of all of MAS’s new Airbus A380 aircraft.

“The downsizing and job cuts could make the airline a viable business proposition. But it may be too radical for the politicians,” says a banker closely involved in the restructuring plan. 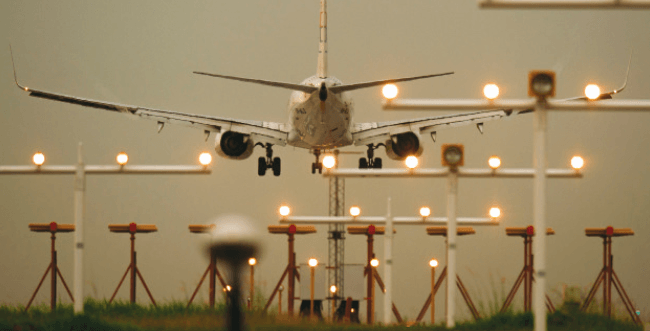 This article first appeared in this week’s edition of The Edge Review at http://www.theedgereview.com