FGV in talks with partners in China to export 700,000 tonnes of sugar 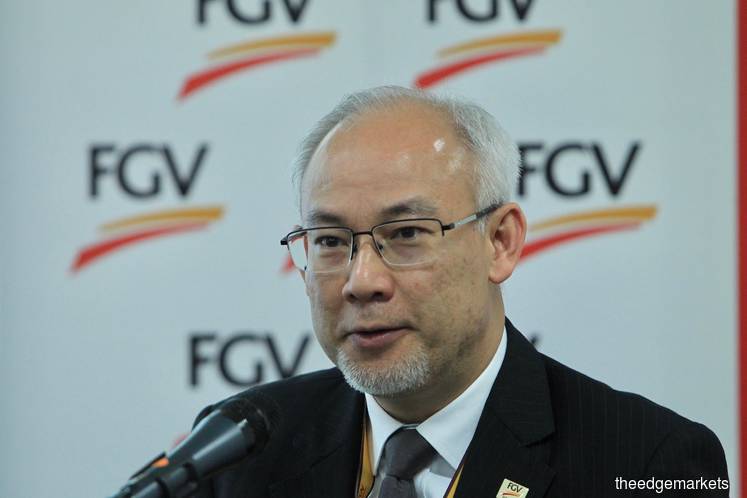 KUALA LUMPUR (Nov 28): FGV Holdings Bhd is currently in talks with partners in China to export of 700,000 tonnes of sugar, given the excess capacity brought about by MSM Holdings Bhd's new refinery in Johor.

FGV group chief executive officer Datuk Haris Fadzilah Hassan said the group is in "active discussions" with several parties around the world, and that discussions with parties in China are at an advanced stage.

"We need to export the excess capacity, so we are looking for a partner with the ability to export. Currently, only five countries in the world are open with regard to their sugar sector — Australia, New Zealand, Hong Kong, Singapore and the United Arab Emirates. Other countries have some form of regulation in place in relation to their sugar industry.

Asked whether the discussions will be completed anytime soon, Haris Fadzilah said it will take some time given the size of the deal.

On the divestment of FGV's stake in Trurich Resources Sdn Bhd — a 50:50 joint venture with Tabung Haji — he said negotiations are still ongoing between Malayan Banking Bhd and the highest bidder.

Trurich was previously valued at RM1 billion after a valuation exercise in 2018, but Haris Fadzilah said conditions have deteriorated since then, citing several occasions where entry to certain areas in the estates was not allowed.

"There is a gap between the valuation that was done and what the bidders are willing to pay for it, so we are being prudent in impairing the amount advanced to Trurich," he said.

FGV made an impairment of RM125 million during its third quarter ended Sept 30, 2019, for a shareholder's advance made to Trurich, the second biggest portion of the RM350 million in impairments, which weighed on its results for the quarter.

Besides that, FGV also impaired RM145 million in property, plant and equipment and another RM28 million in receivables.

For the fourth quarter, FGV is forecasting crude palm oil (CPO) price to average between RM2,200 and RM2,400 per tonne, which Haris Fadzilah said should augur well for the group's performance in the final quarter of the year.

Coupled with the group's operational improvements since kicking off its transformation plan, he expects the group to post better results in the fourth quarter.

Asked on FGV's CPO price outlook for 2020, Haris Fadzilah said some industry experts are expecting prices to go up to RM2,700 per tonne, which he said would rejuvenate the industry.

Meanwhile, he said CPO production is expected to increase by 1% to 1.5% next year.