FGV: No talks yet of Rajawali upping its stake in FGV 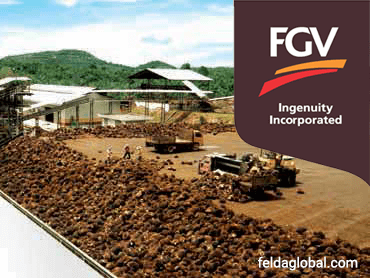 KUALA LUMPUR (June 26): Felda Global Ventures Holdings Bhd (FGV) said no discussions have taken place at this point in time over the possibility of Indonesia's Rajawali Corp increasing its stake in FGV to 21% from the 2.55% under a proposed offer which sees FGV buying a 37% stake in PT Eagle High Plantations Tbk.

Rajawali is currently a major shareholder in Eagle High, holding a 65.54% stake.

"No such agreement regarding an increased stake has been made nor have discussions taken place at this point in time. We are currently going through the necessary process of due diligence, and do not feel that speculation at this time is productive or helpful," its group president and chief executive officer Datuk Mohd Emir Mavani Abdullah said in a statement today.

He was commenting on yesterday's Reuters report, which had quoted Rajawali's managing director Darjoto Setyawan as saying that the Indonesian plantation group may consider upping its stake in FGV should FGV decline to seek a controlling stake in Eagle High.

"We note that his (Darjoto's) comment was made in response to a speculative question, and that he dismissed any such possibility in his follow-up statement," said Emir.

“FGV reiterates that the terms of the deal as announced on June 12, 2015 will provide Rajawali with only a 2.55% stake in FGV," he added.