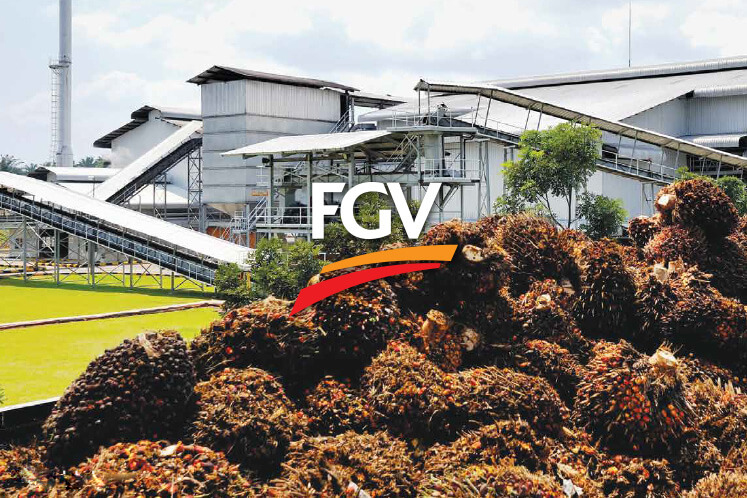 KUALA LUMPUR (April 8): FGV Holdings Bhd has appealed against the Roundtable on Sustainable Palm Oil (RSPO)’s decision to resuspend the certification of its Kilang Sawit Serting mill and as well as all certification processes for currently uncertified mills.

In a statement today, the planter said the two independent verification bodies appointed by the sustainable palm oil body — Bureau Veritas Certification (BVC) and TUV Nord (M) Sdn Bhd — had recognised the positive efforts made by the planter.

BVC concluded in October 2019 that FGV had demonstrated its compliance and positive progress to fulfil the criteria listed by the RSPO Complaint Panel (CP) Directive on Nov 28, 2018 throughout its complexes in Peninsular Malaysia.

TUV expressed in its October 2019 that FGV's operations in Sabahat, Sabah, have put in efforts to address the directives, but there are several concerns that it has outlined.

FGV noted that the two Sahahat mill complexes audited by TUV are still uncertified, and by extension unprepared for audits. Both mill complexes are scheduled for certification in 2021.

The CP had on Jan 13 informed FGV that it would be suspending certification for the Serting mill and all other uncertified units.

It found the plantation giant have flouted the RSPO’s rules on issues such as the treatment of migrant labour, after reviewing six audit reports on FGV.

FGV added that it has worked with the Sabah Immigration Department and several foreign embassies to document and regularise 6,158 workers by the end of June 2020.

“The CP was aware of this timeline and had acknowledged and agreed that the matter is complex as it involves three governments and amendments to state policies and procedures. An action plan for this exercise was submitted to the RSPO’s CP on Feb 13, 2020, however, FGV is yet to receive a response from the CP,” said FGV.

Five non-major compliance issues have been rectified since the audits were concluded and in accordance to its timelines for completion. Of the five, three were found in the two uncertified complexes in Sabah, with the balance occurring in mill complexes located in Peninsular Malaysia.

FGV argued that one non-compliance issue was vaguely worded and that it is still waiting for a response from the RSPO seeking greater clarity.

It added that FGV’s Guidelines and Procedures for the Responsible Recruitment of Foreign Workers was adopted on June 27, 2019, and the socialisation of these guidelines among third parties is still ongoing, something that the RSPO is aware of, FGV argued.

“It is also unclear whether the workers interviewed during the audit were recruited before or after the adoption of the said Guidelines. Thus, this non-compliance relates again to the timing of new policies and procedures that FGV has adopted,” FGV said.

Between October 2019 and January 2020, the situation has changed and all of the non-compliances identified by the CP — save for issues pertaining to its Sabah operations — have been rectified.

FGV chief executive officer Datuk Haris Fadzilah Hassan said the past 16 months have been intense in terms of its internal review and overhaul of its policies, standards, guidelines and processes, and as such, the group was able to correct 34 of the 41 non-compliance issues first highlighted by the RSPO in November 2018.

“It is, however, important to note that rolling out new policies and procedures to third parties and outsiders is a complex exercise, especially since FGV works extensively with smallholders who have limited means and capacity to implement changes swiftly. Thus, it is an ongoing journey of continuous improvement,” he added.

The group also emphasised that it has also engaged the United Nations International Organisation for Migration and other like bodies to ensure the improvement of working conditions and upholding of stringent labour practices across the supply chain.