Felda Wellness wound up after defaulting on Australian debts 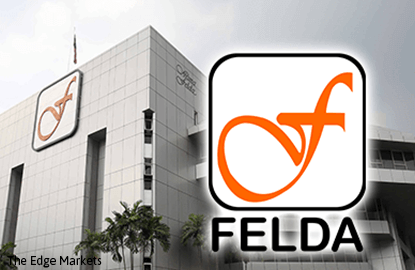 The winding-up petition was initiated by Australia-based Gordagen Pharmaceuticals Pty Ltd for debts owed to it by Felda Wellness amounting to RM2.1 million.

In a statement today, Rafizi said there was even a police report lodged against Felda Wellness' management but so far no action has been taken.

Felda Wellness was established on July 17, 2013 with Mohd Nasir Shafion as its chief executive officer (CEO). The company was meant to create an additional earnings stream for Felda.

In mid-2014, Mohd Nasir reportedly said the company planned to be listed on Nasdaq by March 2015 with an initial public offering of US$300 million.

However, data from Companies Commission Malaysia shows that Felda Wellness incurred a net loss of RM81.04 million for financial year ended Dec 31, 2015 (FY15), on a revenue of RM2.09 million.

In less than three years of operation, Felda Wellness has accumulated losses of RM154.76 million, and current liabilities of RM154.03 million as at end FY15. The company's total assets amounted to RM4.34 million.

On Jan 17 this year, Dow Jones reported that Felda has put the listing plan on hold.

Quoting Felda's deputy director general Muzzamil Mohd Nor, the news wire reported that Felda intended to focus on building Felda Wellness' fundamentals, and maybe listing it in the next few years.

On Mar 9 last year, Gordagen issued a statement to announce that it has secured a winding-up order from Malaysia's High Court against Felda Wellness.

The Australian company also claimed that under a contractual agreement executed by Mohd Nasir on behalf of Felda Wellness, funds sourced from the latter were used to pay for the employment costs and living expenses of Muhammad Sufi's daughter Athirah Sufi while she was living in Australia.

While these arrangements were initiated by both Mohd Nasir and Muhammad Sufi, Gordagen said during the winding-up proceedings, Felda Wellness "for reasons best known to itself, attempted to mis-state to Court that it had no knowledge of this contractual arrangement".

The winding-up petition was presented on Sept 13, 2015, after Felda Wellness "ignored" statutory demands made by Gordagen, and the debts which amounted to AU$652,083 (about RM2.1 million) remained unsettled.

"The conduct of Felda Wellness to date has been extremely disappointing in that you would expect a wholly-owned subsidiary of a Malaysian Government statutory body to be both a model corporate citizen and a model litigant," Gordagen's managing director and CEO Dr Glenn Tong said in the statement last year.

"Instead, they defaulted on a substantial debt due and owing to Gordagen and GPM (Gordagen Pharmaceuticals Manufacturing) and throughout these court winding-up proceedings, Felda Wellness' officers were prepared to say and do anything, even if it meant deliberately misleading the Court and us, in order to evade a genuine debt," he added.