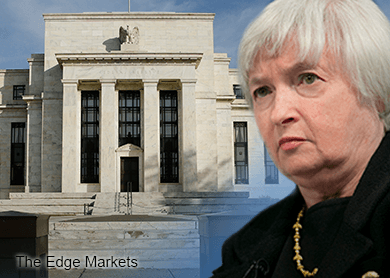 ORANGE, Calif./PHILADELPHIA (May 2): The Federal Reserve could well raise interest rates as soon as June, two top U.S. central bankers said on Friday, so long as economic data strengthens as expected from a dismal first quarter.

That view - from the hawkish-leaning chief of the Cleveland Fed and from the centrist head of the San Francisco Fed - is at odds with the view of many traders, whose bets in the interest-rate futures markets suggest they have all but discounted a June rate hike and now expect the Fed to wait until December before raising rates for the first time since 2006.

The Fed has kept interest rates near zero since December 2008.

The key, both Loretta Mester, president of the Cleveland Fed, and John Williams, president of the San Francisco Fed, said, is that by a quirk of the calendar there will be two more months of data for many of the key gauges the Fed follows, including the U.S. jobless rate, jobs gains, retail sales and others.

All scheduled Fed policy meetings, including the next one, in June, are "on the table," Mester told reporters in Philadelphia. "There are a whole bunch of data releases that will come out between now and June. But to me the employment reports will be indicative of a lot."

The U.S. economy's weak winter performance, including near-zero growth in gross domestic product, has pushed back market expectations for a policy tightening to September or December, when key Fed meetings are also scheduled.

Yet the Fed has telegraphed a rate hike this year, and unemployment, at 5.5 percent, is not too far from what many economists believe represents full employment.

"I agree with the way my colleague Loretta Mester put it," Williams told reporters after a speech at Chapman University, repeating Mester's phrase that all meetings are "on the table."

"Really positive data trends, improvement in the labor market, signs that improve the confidence and the expectation that inflation will move back to 2 percent - I mean could imagine that constellation of data coming in, whether before June or meetings right after that too," Williams said. "But that would require the data to be good."

Both Mester and Williams pointed to recent data showing inflation may be firming, suggested they are gaining confidence it is heading toward the Fed's 2 percent target.

Looking beyond the Fed's first rate hike, Williams said the U.S. central bank should put some "space" between the start of policy normalization and the decision to allow the Fed's giant balance sheet to shrink.