Fed rate hike? If you believe in magic 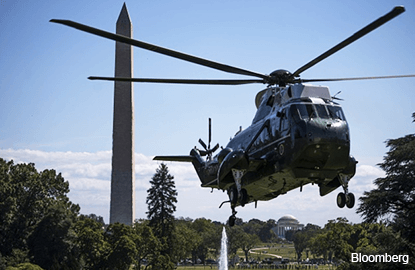 AS central-bank watchers debate the likelihood of the Federal Reserve voting to raise interest rates this month, some of the smartest guys in the room are leaning in the other direction and speculating there will be more quantitative easing (QE), not less.

Last month, former US Treasury Secretary Lawrence Summers and hedge-fund manager Ray Dalio both predicted that the Fed might need to restart its bond-buying programme to extinguish the threat of deflation.

This week, Citigroup chief economist Willem Buiter went a step further, warning that the world risks toppling back into recession in the next two years if central banks don’t accelerate their efforts to pump cash into the economy.

It is worth revisiting Ben Bernanke’s November 2002 speech on “Deflation: Making Sure ‘It’ Doesn’t Happen Here,” as a way of highlighting just how bizarre the current economic situation is.

Bernanke, then a Fed governor who went on to serve as chairman from 2006 to 2014, was riffing off the economist Milton Friedman’s suggestion that central banks can resort to dropping money from helicopters as a way of stimulating growth:

“The US government has a technology called a printing press that allows it to produce as many US dollars as it wishes at essentially no cost. A determined government can always generate higher spending and hence positive inflation. Sufficient injections of money will ultimately always reverse a deflation.”

That is all well and good — in theory.

In practice, exorcising the demon of deflation has turned out to be a lot harder than Bernanke envisaged. Even after the Fed expanded its balance sheet by more than US$3.5 trillion from the start of QE in 2009 to its end in October 2014, disinflation persists.

The average annual increase in US consumer prices this year is just 0.1%, and it has been more than a year since inflation was at the Fed’s 2% target.

Traders in the money markets have been scaling back their expectations for a Fed move at the Sept 16-17 policy meeting. As of yesterday, prices in the futures and options market suggest there is a 30% chance of an increase, down from 32% a week ago and 48% a month ago.

Dalio, whose Bridgewater hedge-fund manages about US$169 billion (RM735.15 billion), told his investors last month that “it should now be apparent that the risks of deflationary contractions are increasing relative to the risks of inflationary expansion.” That means the “next big Fed move will be to ease [via QE] rather than to tighten,” he said.

On Wednesday, Harvard professor Summers repeated his Aug 23 call for the Fed to leave policy on hold, saying “the case against a rate increase has become somewhat more compelling.”

Citigroup’s Buiter, a former Bank of England (BoE) policymaker, argues that a global recession is “a high and rapidly rising risk” and “may well now be the most likely outcome over the next few years.”

Buiter advocates money-printing for China, the US, the UK and the euro region, with governments issuing bonds that their central banks then buy:

“Even the belated application of helicopter money drops in the cyclically afflicted countries can ensure that the coming bout of cyclical stagnation does not worsen the problem of secular stagnation.”

It is not clear to me why more QE is the answer to the economy’s failure thus far to respond to previous QE.

But when some of the smartest people in finance are arguing for yet more monetary stimulus, it would be a pretty brave move for the Fed (or indeed the BoE) to start pushing up borrowing costs. – by Bloomberg View