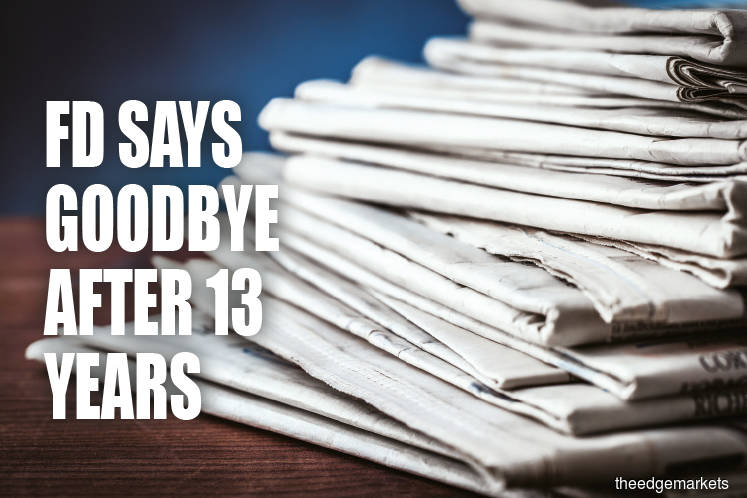 ON April 2, 2007 a US real estate investment trust that specialised in subprime mortgage, New Century Financial Corp, filed for bankruptcy — an event that was little noticed around the world.

A month later on May 22, The Edge Media Group, which by then had established itself as publisher of The Edge weekly, launched The Edge Financial Daily (FD).

Two weeks later on June 7, US investment bank Bear Stearns stopped redemption from two of its mortgage-linked funds and this was followed by French banking giant BNP Paribas — triggering a financial meltdown in the US and Europe.

We had embarked on an ambitious project just as the global financial crisis of 2007-2009 was breaking out!

But we survived and published continuously since — except when FD and The Edge weekly were suspended in July, 2015 by the home ministry over our reporting of 1Malaysia Development Bhd. We also survived our entanglement with the then government.

Sadly, FD is unable to survive the double onslaught of the shift to digital news and the current lockdown of the economy because of the Covid-19 pandemic.

This will, therefore, be the last issue of FD. But it will not be the last stories our journalists will write for you.

Besides The Edge weekly, which hits the streets at the weekend, our website www.theedgemarkets.com will update you on major market-moving stories during weekdays. So check in every morning and throughout the day to get the latest news from us.