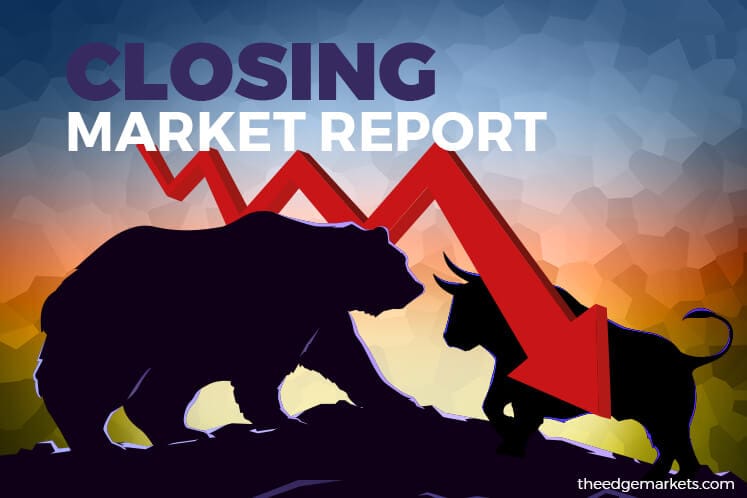 KUALA LUMPUR (Aug 29): The FBM KLCI struggled to remain above the 1,770 level today amid selling pressure, and an analyst said the benchmark index may see further declines moving forward.

TA Securities Holdings Bhd senior technical analyst Stephen Soo said the KLCI could come down further, to even hit April's low of 1,729 points, but sees this as a "blessing in disguise" for non-blue chips.

"The FBM KLCI evidently struggles to remain above the 1,770 level and it is evident that selling pressures are still there with trading volume being thin today. I believe the index could go down to July's low of 1,750 points or lower to April's low," Soo told theedgemarkets.com.

"But I see this is a blessing in disguise. When the index falls low, it becomes more attractive for the smaller players to come in at a time when the bigger counters, particularly in the banking sector, are under pressure," he added.

On the broader market, about 1.46 billion shares valued at RM1.83 billion changed hands today. Losers outpaced gainers at 570 against 269, while 394 counters traded unchanged.

World stocks plunged while safe-haven assets jumped today after North Korea fired a missile over northern Japan, igniting concern over further tension between the US and North Korea, Reuters reported.

Japan's Nikkei hit a four-month low before paring losses to settle 0.5% lower, while South Korea's Kospi was down 0.23%.

North Korea launched a missile over Japan and landed in the Pacific about 1,180km off the northern region of Hokkaido in a sharp escalation of tensions on the Korean peninsula.