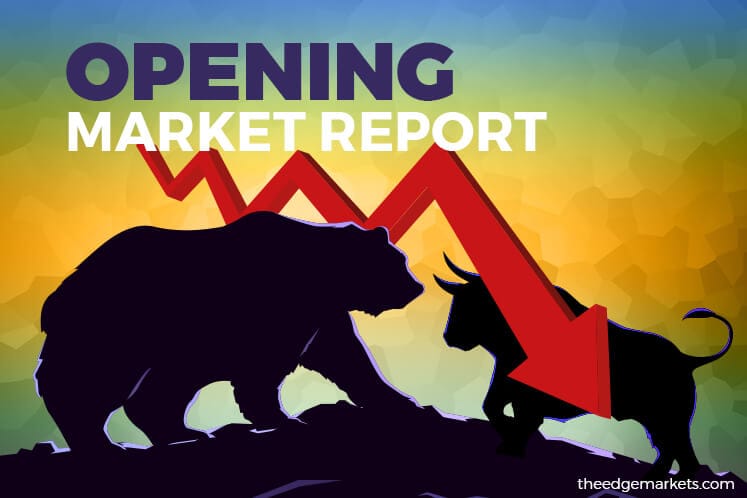 "Near-term sentiment should continue to be adversely affected by the worsening US-China trade relations, given the current tit-for-tat trade sanctions on the technology-related sector," TA Securities Holdings Bhd wrote in a note today.

Overnight at oil markets, Reuters reported that oil prices plunged on Thursday, losing about 5% as trade tensions dampened the demand outlook, putting the crude benchmarks on course for their biggest daily and weekly falls in six months. It was reported that oil coursed downward with other global markets as concerns grew that the China-US trade conflict was fast turning into a technology cold war between the world's two largest economies.

In the US equities markets, the Dow Jones Industrial Average closed down  1.11%, S&P 500 declined 1.19% while Nasdaq Composite was 1.58% lower. Reuters reported that US stocks slumped on Thursday as investors dumped shares of companies in growth and cyclical sectors, with energy and technology leading declines, on fears that the escalating US-China trade war would stymie global economic growth.