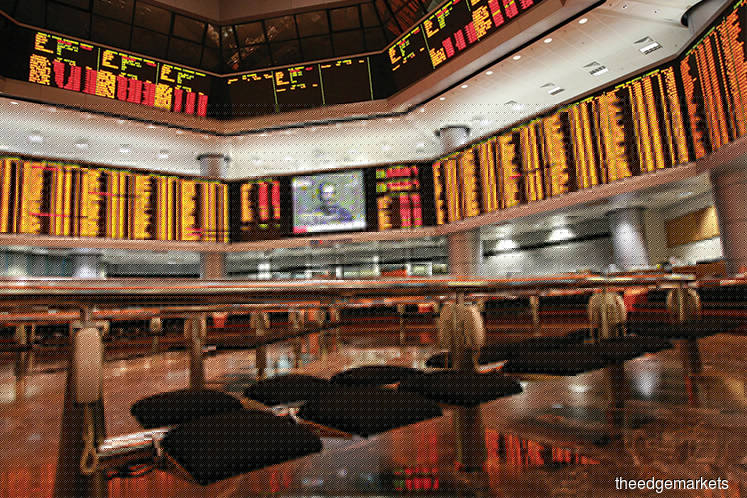 Yesterday’s decline was across the board with 995 decliners, 148 gainers and about 293 counters traded unchanged.

For perspective, the FBM KLCI index was up 2.8% before GE14 but has fallen 6.9% in less than three weeks since the unprecedented polls’ outcome. The market capitalisation erased during this period stood at RM98.2 billion.

Yesterday alone, the market capitalisation wiped off the market stood at RM51.8 billion, higher than 1Malaysia Development Fund Bhd’s RM38 billion debt that the government had guaranteed as at Dec 31, 2017.

Gamuda Bhd was one of the top decliners yesterday as its share price fell 23% or 95 sen at RM3.18, with 32.8 million shares traded and a market capitalisation of RM7.9 billion. The decline saw a total of RM2.3 billion in market cap erased.

“For the selldown in Gamuda’s share price today (yesterday), I think it’s a knee-jerk reaction. While the HSR and MRT3 will be scrapped according to what the prime minister had announced, Gamuda still has the ongoing MRT2 project that will last until 2021,” said Affin Hwang Investment Bank Bhd analyst Loong Chee Wei, adding that the abolishment of both projects has affected the company’s earnings prospect moving forward and triggered a selldown seen yesterday.

“I think there’s value after the sharp decline. It’s probably closer to the bottom but it remains a question mark on when it will rebound. It may take a while given the sentiments in the market at the moment,” he added.

Loong has downgraded Gamuda to a “hold” recommendation with a target price (TP) of about RM4.42 after the surprise GE14 result on May 9 but added that a review on the recommendation is likely given with the latest developments.

On the construction sector, he said Affin had also downgraded its recommendation to a “neutral” from “overweight” after GE14’s surprise outcome.

Similar to Loong, Rakuten Trade Sdn Bhd head of research Kenny Yee told The Edge Financial Daily that the selldown was a knee-jerk reaction towards the latest development as Dr Mahathir announced the MRT3 project will be scrapped.

“It’s a negative surprise to the market as it is unexpected. When the abolishment of the HSR was announced, the impact on the market is not as severe as some had priced in that possibility when the new government took over but it’s not the case for the MRT3 project,” Yee said.

He advises investors to stay cautious for now as the market is likely to remain volatile as the new government continues with its austerity measures.

“While it is positive in the longer term with a reduced operating expenditure as seen by some of the measures [revealed such as ministers taking a pay cut], there will be some short-term negative on the stock market as investors await more clarity on the new government’s policy and direction,” Yee added.

Another analyst at a local research house said the selldown on Gamuda was likely overdone, especially given that its net asset per share was RM3.07.

According to Yee, there is a need to pay heed to newsflow concerning toll concessionaires as well, given that the Pakatan Harapan’s (PH) manifesto includes abolishing tolls.

“While the new government has signalled it will be done on a gradual basis, it’ll be something investors need to watch,” he noted.

Gamuda was also involved in constructing the Damansara-Puchong highway (LDP), SPRINT highway and Shah Alam Expressway. Interestingly, Lingkaran Trans Kota Holdings Bhd (Litrak), operating the LDP and SPRINT highway, was among the few counters that recorded a positive movement as its share price gained 4.4% or 18 sen at RM4.30, with 125,500 shares traded.

An analyst requesting anonymity said the abolishment of MRT3 is a shock and it signals to local and foreign investors that the PH government could go ahead with its manifesto such as abolishing toll concessions.