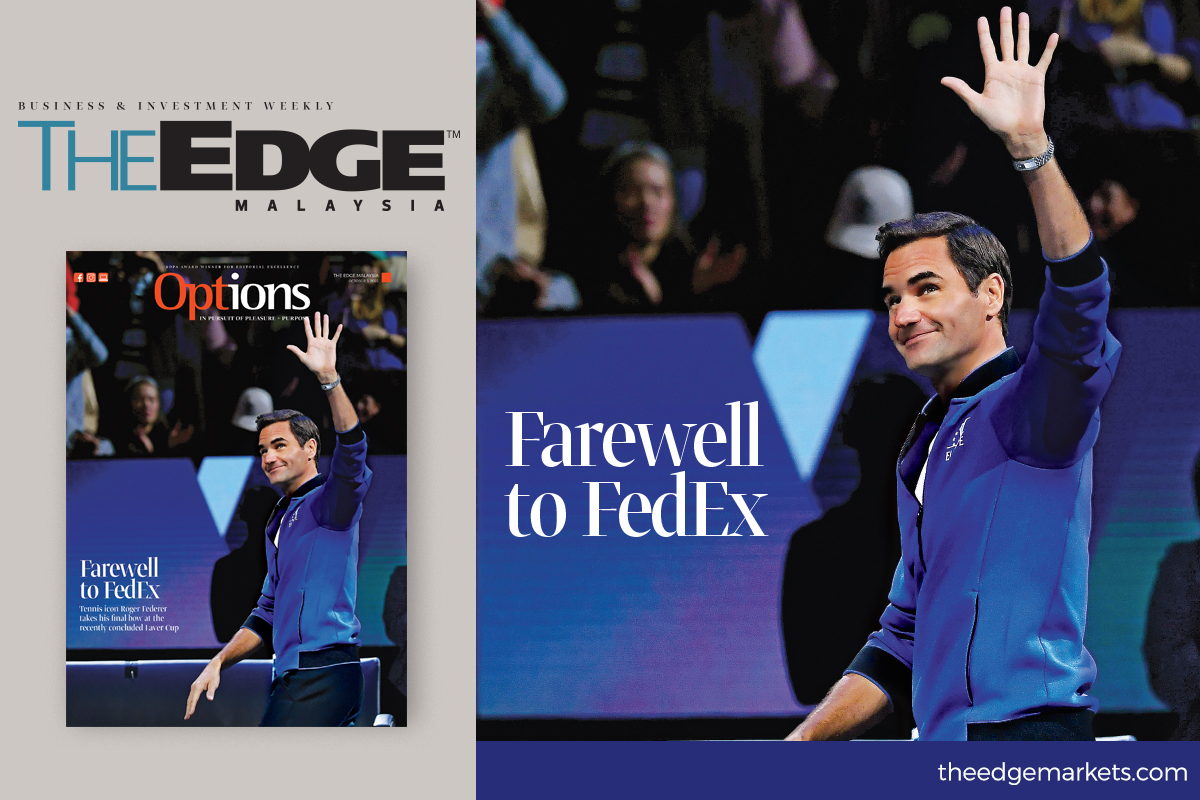 KUALA LUMPUR (Oct 2): Roger Federer bowed out in style at the recently concluded Laver Cup, surrounded by fans, teammates and opponents. He partnered long-time rival Rafael Nadal to represent Team Europe in the final doubles match of his career at the competition; they were beaten by Team World’s American pair, Jack Sock and Frances Tiafoe. The result did not really matter because those at The O2 in London were there to give the 41-year-old legend a rousing farewell.

There was adulation: Federer played more than 1,500 matches over 24 years and won 20 Grand Slam singles titles. There were tears at the thought of tennis without his swashbuckling forehand, his accuracy and speed, his ballectic elegance. Federer, equally admired off the courts for his philanthropy and gentlemanly ways, said he had no plans but would love to go and play in places he had not been before. “I will not be a ghost,” he assured his supporters.

Wong Phui Nam, a pioneer of Malaysian writing in English, has died, leaving behind a body of work dating back to the 1960s. He loved poetry and was supportive of other poets, especially the younger ones. Friends and fans pay tribute to the eloquent poet, who wrote this last year: “At eighty-six, I am of an age old enough to hear silence in the winnowing in the wind of turning days, hear it in dreams, from intent listening.”

Hands Percussion celebrates its 25th anniversary with Kaleidoscope 6, an international drumming festival that will be held from Oct 6 to 9 at Istana Budaya, Kuala Lumpur. Founder-cum-artistic director Bernard Goh ruminates on the last two tough years, the need for the drumming community to come together and create opportunities, and setting new directions for his troupe and drummers.

Read more about it in The Edge Malaysia weekly’s Oct 3 edition.