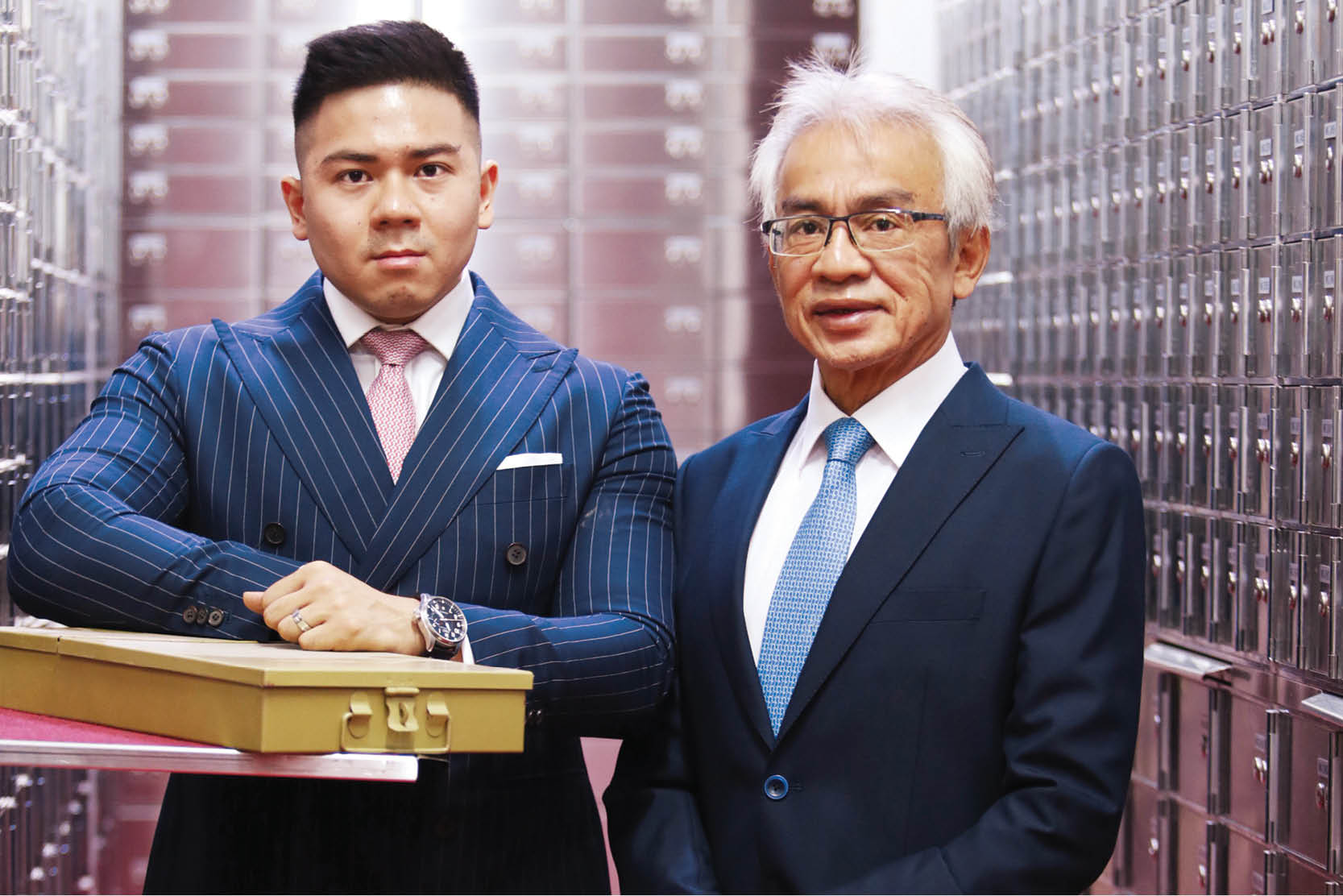 Vaults. These expansive metal chambers are arguably the most recognisable trope of any self-respecting crime caper. And yet, for all the intrigue their imagery stirs, big screen bank vaults do not exactly inspire a sense of security as they seem to be constantly broken into with unerring ease.

Thankfully, the truth is far different and these vaults are infinitely more secure. In fact, bank vaults are no longer as common as one might think, even if the movies would have one believe otherwise. For Steve Wong Seng Huat and son Jeremy Wong Jien Quan, vaults are the family business.

“When I started Safety Deposit Box Sdn Bhd (SDB) 12 years ago, banks had not been keen on the vault business for some time already,” says Steve, 65, CEO of SDB.

To even have a vault business, one needs a lot of physical space. “There is an opportunity cost consideration here — do I, as a bank, cover my entire floor space with thousands of large, expensive, static metal boxes? Or do I put out some furniture instead, and use that space to grow my credit card, lending or asset management business? Given the overall cost structures that banks have to contend with, using a large space for a vault business is not always very cost-effective,” he says.

Steve should know. He used to be an investment banker at a large, locally-founded multinational financial institution.

Steve was convinced that he could run a profitable vault and safe deposit business because he did not have the sort of cost concerns inherent in the banking industry. Some 12 years later, SDB is still going strong. In fact, it works directly with a number of banks in the country, which have worked out an arrangement to send clients over to Steve if they need secure storage space.

Steve tells Enterprise that his 25-year-old son, executive director Jeremy, was with him almost from day one of the business. “I suppose you could say he was Employee No 1,” he quips.

“I am really lucky to have been with my dad on this journey, learning the business from him and watching him in action. I started right at the bottom 10 years ago and my dad has taught me everything I know about the business. When I was helping him a decade ago, I used to do the administrative tasks, deal with inquiries from potential and existing clients and hand out marketing fliers to passers-by,” says Jeremy.

SDB runs two vaults — in Damansara Perdana and Subang Jaya. These are exactly the type of vaults conjured up by the silver screen over the decades. Its vaults are characterised by large, heavily reinforced floor space dominated by row upon row of highly secure and private safe deposit boxes. There are private rooms within the vault, where clients can take their deposit boxes and conduct their business in safety and privacy.

“We, as the business owners, are never privy to the contents of the deposit boxes unless the clients themselves decide to divulge these details. Even so, based on the amount that a particular box is insured for, it isn’t always difficult to tell that most deposit boxes are likely carrying very valuable items,” says Steve.

Value, however, is relative and this is particularly true of the contents of a safe deposit box. “Sure, we have many people who store large sums of foreign currencies, gold bars and even exquisite watch collections. But one would be surprised by the sorts of things that people value and the lengths to which they go to protect them,” says Jeremy.

“For example, we have this long-time client who comes by every now and again to inspect the contents of the deposit box. She eventually showed us the contents. It turned out that she had rented the deposit box to store a solitary ginseng root, wrapped in fine yellow cloth. I have no doubt that the root itself is rare and highly prized, but I was surprised by how much she valued this root as a priceless personal keepsake, rather than for its medicinal properties.”

Be that as it may, the times they are a-changing. Although SDB started only 12 years ago, there has been a sharp move away from the traditional method of purchasing and storing precious metals. Over the last decade or so, there has been a strong shift from the direct handling of precious metals, with investors now preferring to conduct their commodities trading via special gold trading accounts with banks or even gold investment platforms.

Even so, Steve says his business has not been adversely affected. “The traditional way of investing in precious metals and alternative assets is still very much alive. In fact, we have seen a steady increase in the overall ringgit value of the contents of our vaults over the last decade.

“For example, we have a number of people who buy and collect rare and highly prized gold and silver coins. Whenever the price of gold spikes, they sell a portion of their collection to pocket the gains.

“However, we also have a large number of clients who store things of deep sentimental value. It is not uncommon for clients to store old family heirlooms, official documents, birth certificates and university degrees. It is a point of pride for them. They have clearly deemed these items as priceless, which we of course respect.”

More recently, SDB has been fielding more inquiries for vault space and Steve expects this trend to continue for the foreseeable future. Sadly, the reasons are related to the current Covid-19 pandemic and the destruction it has wrought on the economy.

“The pandemic has put a lot of people out of work and desperate individuals may be forced to resort to a life of crime just to survive. It would be unfortunate for the country if this came to pass, but Malaysian homeowners need to take additional precautions during this difficult period,” says Steve.

He echoes a recent media interview by Malaysia Crime Prevention Foundation senior vice-chairman Tan Sri Lee Lam Thye, who pointed out the correlation between unemployment and crime — as well as the lifting of the ban on interstate travel — suggesting that there could be a rise in break-ins.

One of the most important things homeowners can do to reduce the risk of loss due to break-ins is store their valuables elsewhere. This is where facilities such as SDB have an important role to play, says Steve.