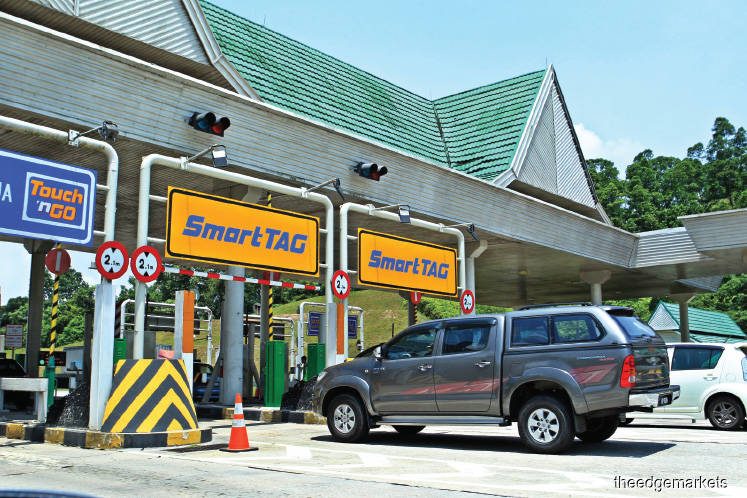 KUALA LUMPUR: As the Council of Eminent Persons has been discussing the plan to abolish toll in the past weeks, many expect a decision to be announced soon.

In its election manifesto, the Pakatan Harapan promised to review all highway concession agreements, taking over every toll concession with the ultimate aim of abolishing highway tolls in stages. With the Pakatan Harapan government installed, it must now come up with a solution that is acceptable for toll concenssionaires, the business community and the rakyat at large.

In an interview with The Edge Malaysia weekly last week, Prime Minister Tun Dr Mahathir Mohamad said the review of toll concession will be done in a gradual manner.

On whether the government will acquire all the concessionaires, he said, “Some we have already acquired. But we have to work with the private sector. I have read some of the proposals; they sound quite reasonable.”

Most analysts agree that an abolishment of tolls will be positive for consumers and businesses as toll charges eat up a significant portion in everyday cost of living. With the absence of these charges, TA Securities Holdings Bhd head of research Kaladher Govindan said there should be cascading effects that would benefit consumers as well as businesses.

“[Abolishing tolls] should lower operating cost for businesses, which will lower prices of goods and services along the supply chain and contribute to higher corporate profits in the long run,” he told The Edge Financial Daily.

Businesses will enjoy an increase in mobility as there will be reduction in freight transport costs — which in turn will contribute to higher productivity.

According to CIMB Investment Bank Bhd research analyst Sharizan Rosely, under the previous government, there were two possible ways of compensating toll concessionaires for delays in toll hikes or for not granting the full quantum of toll increases as per the highway concession agreements. First, concessionaires could be compensated in cash for the loss in potential toll revenue; and second, compensation in kind via an extension in concession tenure.

However, under the present scenario where the abolishment of tolls is being considered, Sharizan opined that there should also be an element of compensation due to toll operators if the government intends to honour the concession agreement.

“I understand that most toll concessionaires at this juncture are hopeful that the government would honour the sanctity of contracts on any decision made on toll highways — toll rate reduction, abolishment of tolls in stages or a total abolishment of toll collection,” he told The Edge Financial Daily.

TA Securities’ Kaladher added that there could also be a third option involving non-cash methods.

However, the formula and methodology to calculate the total compensation for potential revenue loss has yet to be announced by the government, leaving toll concessionaires in jitters.

“Most toll concessionaires are uncertain of the direction of the new government in terms of carrying this (abolishment of tolls) out. For now, they are just waiting for more clarity as to which tolls are to be continued and which are to be abolished,” Sharizan added.

The uncertainty caused the stock prices of listed companies with highway concessions to fall. In the past week, IJM Corp Bhd, Gamuda Bhd, and Lingkaran Trans Kota Holdings Bhd have lost more than RM1 billion of their market capitalisation.

The significant amount to be spent on abolishing tolls is also expected to adversely affect the government’s fiscal consolidation plan and may eventually lead to a change to Malaysia’s sovereign ratings.

If this happens, Sharizan said that the primary concern would then shift to the bond holders of the highways.

At present, debt market exposure to the toll industry is estimated at around RM53 billion. The holders of these debts are mainly Khazanah Nasional Bhd, Permodalan Nasional Bhd, Employees Provident Fund, Kumpulan Wang Persaraan (Diperbadankan), insurance companies and private funds. Since these debts need to be repaid, it would add RM53 billion to government borrowings.

For urban planner and transport expert Goh Bok Yen, director of MAG Technical and Development Consultant Sdn Bhd, in order to manage these costs, he suggested the government to first be selective of the highway tolls to be abolished.

For instance, the government may wait out some toll concession agreements that only have a few more remaining years until the contract expires. Hence, no compensation will have to be accounted.

Besides that, Goh said the government should focus on urban expressways with high traffic flow and without any other alternative routes. On the other hand, he said abolishing intercity highways will not have a very significant impact for most consumers.

“For me, it is not necessary to abolish all of the tolls. Instead of using the money for compensation, the government should improve existing non-toll roads to provide a viable alternative for road users,” he said.

Goh also pointed out the importance of upholding the concession agreements between the government and toll owners, to maintain the trust and confidence from corporates and their investors.

“If the government is not careful with the way they resolve the concession agreements, it will have a negative effect on future infrastructure investments in the country. The government will have to be reasonable in this sense.”