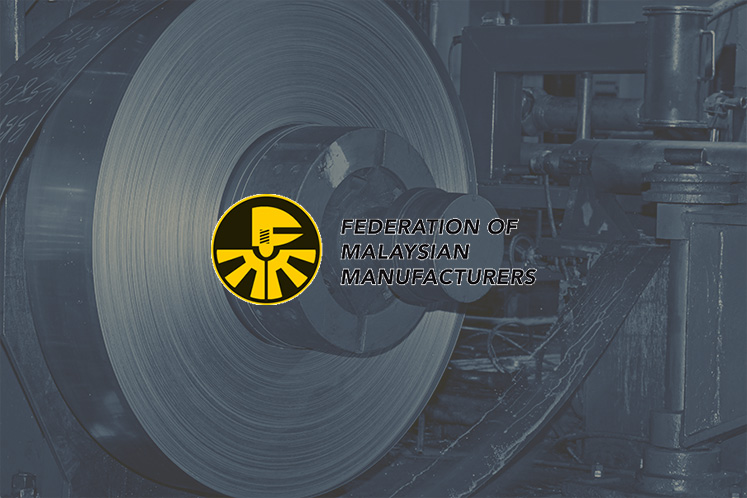 KUALA LUMPUR (March 30): With many businesses having ground to a halt during the Movement Control Order period, Malaysian manufacturers are appealing to the government to double its wage subsidy scheme to RM12 billion from RM5.9 billion presently.

This is because the allocated amount is not sufficient since it is estimated to cover only 3.3 million workers, said the Federation of Malaysian Manufacturers' president Tan Sri Soh Thian Lai in a statement today. He also said the RM600 wage subsidy introduced should be extended to all employees, regardless of wage level.

"The subsidy should be automatic without the need for companies to prove reduction in earnings by 50% as all companies would be experiencing a significant reduction on revenue and sales as a result of the Covid-19 and the current MCO. In fact, FMM had proposed for a 30% wage subsidy by the government on a tripartite shared basis with employers and employees," it said.

It is also calling for a complete exemption or reduction in employer's contribution to the Employees Provident Fund until the end of December this year, instead of the current deferment/restructuring/rescheduling option provided.

"The current initiative of deferment would still tie employers down financially as they focus on their respective business revival plans to ensure business viability and continuity and keeping jobs in the next six months to a year," it said.

These were among the relaxation of the conditions it is seeking on measures that the government announced under the Prihatin Rakyat Economic Stimulus Package on Friday.

Soh said FMM is also hoping that banks will fully assist Covid-19 impacted companies from folding over with easier complied conditions, given that the government provides guarantees with low interest under the RM50 billion Danajamin guarantee scheme.

Additionally, FMM appealed to Bank Negara Malaysia (BNM) to further intervene and ensure that there is consistency from all financial institutions in the treatment of interest during the six-month moratorium on loan repayments. "FMM is of the view that banks should not compound interest but rather waive or reduce the interest during the moratorium period to further assist companies affected," Soh said.

The FMM is also calling for the government to allow all industrial power users, irrespective of kilowatt usage a month, to benefit from the rebates Putrajaya announced recently — to get at least a 15% discount on electricity bills for the next six months.

"In addition, to remove maximum demand charge for medium and high voltage industrial customers for cement, iron & steel, petroleum and chemical processing industries. Also, reduce natural gas tariffs by 35% until the end of 2020 and remove the 'Take or Pay' penalty clause imposed on customers given the current impact on business as well as the overall drop in oil prices. This would help lower business costs and sustain operations," he said.

Meanwhile, the FMM proposed that the government introduce a RM5 billion special soft loan scheme with a 2% interest to cover fixed capital payments such as rent and utilities and other administrative expenses such as salaries for companies.

It also suggested that the government allows corporations' income tax for the year of assessment 2020 (YA2020) be waived — regardless of size — and that personal income tax is capped at 10% this year, with monthly tax deduction be suspended for six months.

The FMM is also urging the government to introduce a Certificate of Force Majeure to assist exporters that are unable to meet contractual obligations due to delays in resuming manufacturing activities following the implementation of the MCO.