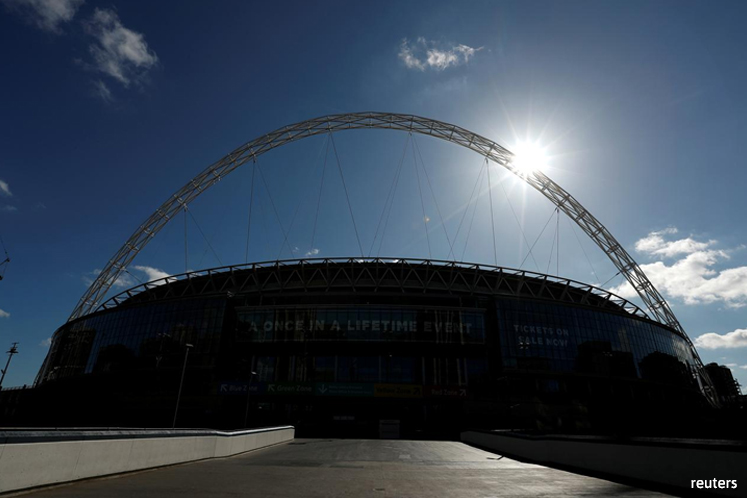 (April 13): England's Football Association (FA) has offered Wembley Stadium and St George's Park, the National Football Centre, as venues to help the Premier League complete the season, the Times has reported citing a source familiar with the matter.

Wembley could host multiple matches on the same day while limiting travel between venues once restrictions are eased, the report said https://www.thetimes.co.uk/edition/sport/plan-to-use-wembley-for-season-..., adding that fans were unlikely to be allowed to attend.

Football in England has been suspended since March 13 and its return has been made contingent on medical advice and government support.

"When we know about the length of lockdown and exit mechanisms we can see which options are viable," the source told the Times.

St George's Park, which has a hotel with 228 guest rooms on site as well as 13 pitches, five of which are floodlit, could be used as a quarantined training centre, the report added.