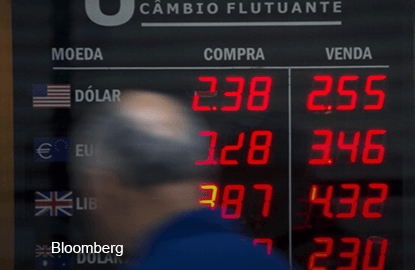 THIS year will herald a changing of the guard among some central banks in Asia, right at a time when the region’s economy is facing significant headwinds.

New chiefs are scheduled to be appointed at the Australian and Malaysian monetary authorities, while the Indian central bank governor’s term is also up.

The changes will come as China’s slowdown continues to reverberate, the commodities slump is expected to linger and Asia’s policymakers are tipped to cut interest rates further even as the US Federal reserve is tightening.

Australia: After a decade at the helm, Glenn Stevens will relinquish the post of governor at the Reserve Bank of Australia in September. Stevens’ time at the helm included a period when Australia’s economy turned white hot on the back of a once in a century mining boom, before cooling sharply. A collapse in iron ore prices has dominated the narrative during Stevens last years of his term, forcing the bank to cut interest rates to record lows.

India: Since taking over the Reserve Bank of India in 2013, Raghuram Rajan has made waves. Along with catching the market off guard with surprise rate cuts, Rajan has bolstered the nation’s foreign exchange reserves and agreed on a new inflation mandate with the government. Rajan also secured a deal on a new monetary policy committee. His term finishes this year and the former International Monetary Fund chief economist has not said if he will seek a reappointment or look further afield. The role is appointed by the government. Some analysts have tipped Rajan for a role on the global stage.

Malaysia: Central bank governor Zeti Akhtar Aziz is expected to step down in April after 16 years at the top. Zeti is credited with bolstering the bank’s autonomy during her time in office and more recently was an outspoken critic about a funding scandal and alleged financial irregularities at a state investment company, saying the issues hurt confidence in the country. Zeti has said she thinks there is an internal candidate who would be able to succeed her, though the government will ultimately choose the successor.

The Bank of Korea (BoK) will also see a shake-up. While Lee Ju Yeol, a 35-year BoK veteran, will remain in charge, a majority of the central bank’s seven-member policy board will be replaced in April.

Still, even amid the departures, some of the region’s most experienced policymakers remain in office. Asia’s longest-serving central bank governor is Perng Fai-nan, who has served as governor of the Central Bank of the Republic of China (Taiwan) since 1998. He was last reappointed in 2013 for a five-year term.

The People’s Bank of China governor, Zhou Xiaochuan, is the longest-serving Group of 20 central bank chief. Zhou has championed reforms to China’s financial markets, such as the successful bid for the yuan to gain reserve currency status and the freeing up of domestic interest rates.

Reappointed by President Xi Jingping in 2013, there is periodic speculation that Zhou, who turns 68 this year, is due to be replaced. — Bloomberg