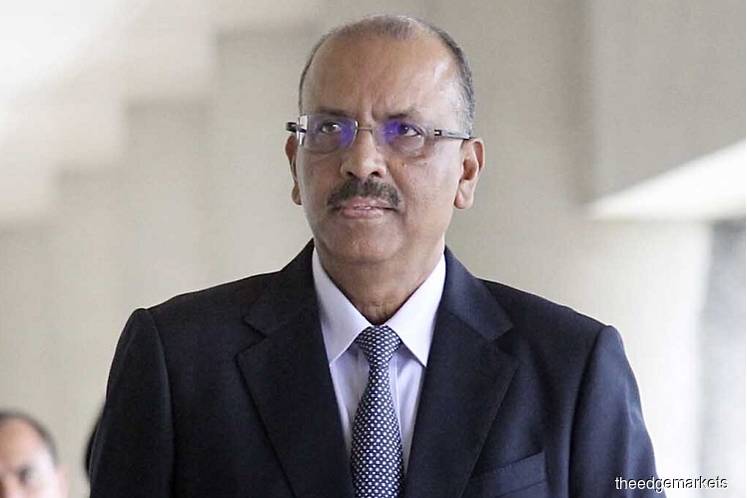 KUALA LUMPUR (June 16): The action of National Audit Department (NAD) director (governance sector) Datuk Nor Salwani Muhammad, who had recorded the Feb 24, 2016 meeting of top government officials without their knowledge, could be deemed as unethical, according to former chief secretary to the government Tan Sri Ali Hamsa.

During cross-examination by lead defence counsel Tan Sri Muhammad Shafee Abdullah today, Ali said he was surprised to learn that the NAD official had made an audio recording of the meeting, which was convened to discuss amendments to be made in the department's audit report on 1MDB.

Ali, who is the fourth prosecution witness in the 1Malaysia Development Bhd (1MDB) audit tampering trial, said the action was unethical because it was recorded without his permission as chairman of the meeting.

Shafee: Did you organise the meeting to be recorded so that you can review it or for NAD to review it?

Ali: I never asked for any recording.

Shafee: Were you aware of any recording?

Ali: I was not aware.

Shafee: Did anyone from NAD ask permission to record?

Shafee: If NAD asked your permission, would you have refused?

Ali: I do not know how I would have reacted to the request.

Shafee: But it is up to you whether to allow such a request?

Shafee: Were you surprised that one of the NAD officers recorded the meeting?

Shafee: Was it unethical because it was done without permission?

Ali: Yes, everyone in the room did not know of the recording. At that time, it would be unethical.

However, former auditor-general Tan Sri Ambrin Buang had previously testified that Nor Salwani did not breach any code of conduct by recording the meeting.

Ambrin said had she been allowed to attend, there would have been no need to record its proceedings, as she would have just taken down notes as usual. He said the minutes were to be taken for internal use.

In November, it was revealed in court that Nor Salwani, 52, who is the fifth prosecution witness, was the one who secretly recorded the fateful meeting where top government officials agreed to amend and destroy the original 1MDB audit report.

Nor Salwani testified that she was supposed to attend the meeting as the coordinator of the 1MDB audit report team to take minutes, but was not allowed into the meeting room.

However, the witness said just before leaving the room, she placed the recording device in the pencil case of colleague Saadatul Nafisah Bashir Ahmad, who was the then audit director of the department.

After the device was retrieved, Nor Salwani and her colleagues played the recording before the audit team and were shocked at what they heard.

Nor Salwani said as she feared the repercussions of making the recording without the knowledge of Ali, who was the chairman of the meeting and then chief secretary of the government, she decided to make copies of the audio on a hard drive and a thumb drive.

Prior to Nor Salwani's testimony, the whole audio recording was played to Ali in open court. The recording had become a key piece of evidence in the case.

Following the revelation, Nor Salwani became a public hero and was conferred a datukship by Yang Di-Pertuan Agong Sultan Abdullah Sultan Ahmad Shah earlier in February.

During the ceremony, Nor Salwani was among the 25 recipients of the Panglima Mahkota Wilayah which carries with it the title "Datuk".