An exceptional year for retail investors 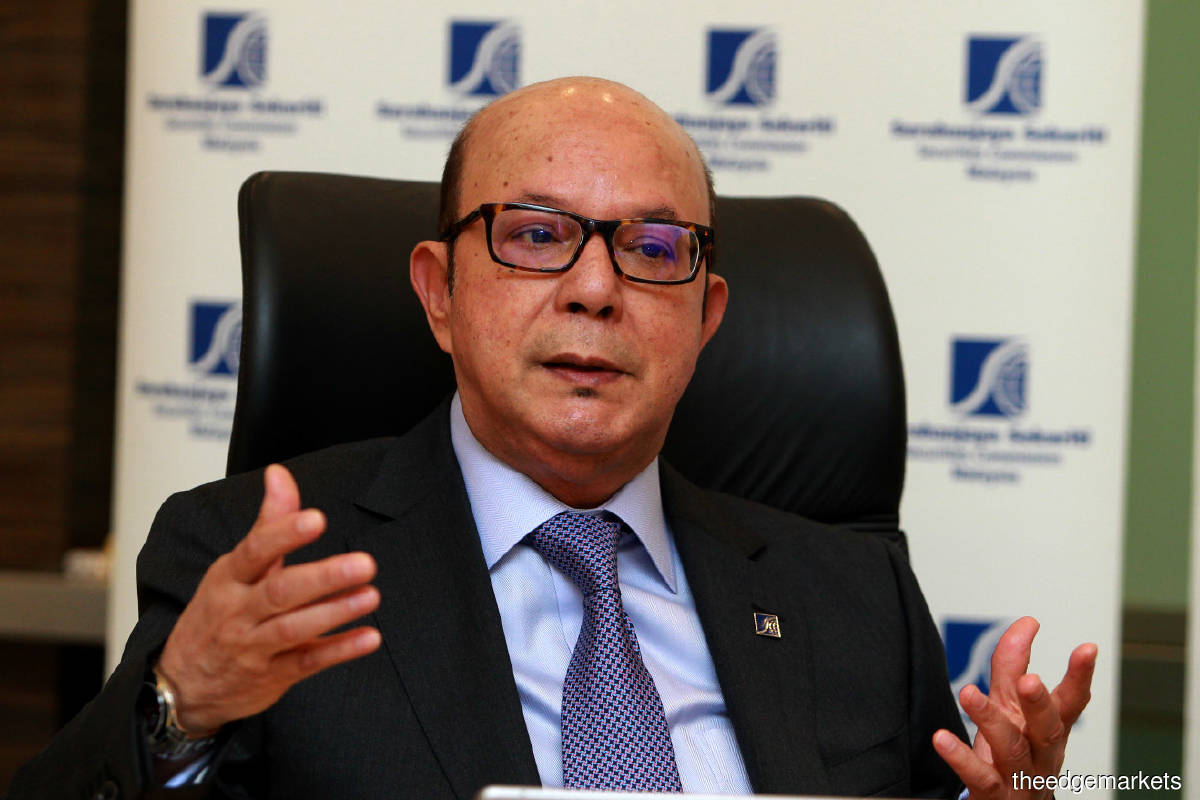 Syed Zaid: Trade based on fundamentals, and not be swayed by rumours or what we call ‘FOMO’. (Photo by Mohd Shahrin Yahya/The Edge)

The RM14.3 billion of net buying by local retail investors in 2020 surpassed the RM10.3 billion by local institutional investors, the Securities Commission Malaysia (SC) revealed in its 2020 Annual Report.

The lockdowns across the country last year also resulted in a surge in unlicensed, self-professed investment advisers or gurus on social media platforms like YouTube as people spent more time on social media.

More recently, the growing interest in day trading also gave rise to a new trading phenomenon. Taking inspiration from their US counterpart GameStop Corp, a group of retail investors bandied together on the social media website Reddit to raise prices of glove stocks. However, the impact of BursaBets did not gain as much trajectory for the Malaysian market as it did for GameStop in the US, given the strong presence of institutional investors in the local market. Still, this so-called “retail trader rebellion” has not gone unnoticed by the SC. “The SC has closely monitored the situation together with Bursa Securities. We conducted real-time monitoring of all trading activities, which ensured an efficient fair and orderly market. We did notice these activities on social media, but this never really caught on [here] as the market dynamics between Malaysia and the US are quite different,” SC executive chairman Datuk Syed Zaid Albar told a virtual media conference in conjunction with the release of its annual report last week.

“As far as the retail participation is concerned, we in fact welcome it in this development of the equity market, as the presence of a more diverse group of investors can create a healthy, effective and vibrant marketplace,” he added.

However, he reminded retail investors to exercise caution and make informed decisions when trading. “Investors must be cognisant of the risks and opportunities involved, when investing in the market. Be cautious of social media chat rooms that try to influence investors to buy or sell certain stocks based on speculation or rumours. Please do trade based on fundamentals, and not be swayed by rumours or what we call ‘FOMO’ (fear of missing out).”

On the SC’s part, Syed Zaid said the regulator has issued cautionary notes, ramped up its investor education activities and organised anti-scam awareness campaigns under its InvestSmart platform.

“This is to remind investors to be vigilant on schemes offered on social media and the messaging platform. Our investor alert list is also constantly updated so that the public can be aware of unauthorised, unlicensed platforms.”

The SC has also set up a special task force focusing on “clone firm” scams and unlicensed activities.

The SC acknowledged the issue of the lack of participation by retail investors in the domestic bond market.

“Retail investors are able to access the bond market directly, as well as indirectly. Historically, retail access to the market has largely been through our fixed-income unit trust and thus the investment access is quite limited.

“However, following feedback from market participants, we have introduced several initiatives to encourage retail access into the bond market through enhancement of the issuance process for the primary market, and the seasoning bond framework to facilitate retail access to corporate bonds and sukuk originally issued to sophisticated investors, and since then we have seen an increase in direct retail participation in the market, but the numbers remain small,” he said.

An assessment by the SC reveals that 83% of retail volume last August was attributed to stocks priced at less than 50 sen, while 75% of retail interest was in ACE Market and fledgling stocks. The FTSE Bursa Malaysia Fledgling Index comprises Main Market companies that meet stated eligibility requirements but are not in the top 98% by full market capitalisation and are not constituents of the FTSE Bursa Malaysia EMAS Index, and to which no liquidity screening is applied.

The assessment also shows 56% of retail trades in August 2020 were in stocks in the industrial products and services, and technology sectors.

Focusing on the characteristics of retail investors last August — when numerous all-time highs in total market-wide volume were recorded — the assessment was done on an identified sample population of 19,329 Central Depository System (CDS) accounts, of which 14,118 were retailers. The sampling was based on the most active CDS accounts that, in aggregate, contributed to two-thirds of the total volume traded in each of the most active stocks last August.

Further key observations of retail investor profiles from the assessment found that 75% of these retail accounts belonged to investors aged 40 years and above. In fact, half of the retail trade volume last August was contributed by investors aged between 40 and 60 years.

According to the SC, when combined with other supervisory and surveillance data, the outcome from this exercise forms a more complete picture of the profiles of domestic retail investors. Overall, the increased participation of retail investors observed was assessed to not pose a significant systemic concern as it was driven by seasoned investors, with trades mainly from cash reserves without depending on borrowings.

Nevertheless, the SC said that it will continue to closely monitor and address any potential build-up of risk on this front.

Strengthening corporate governance in a pandemic

The Covid-19 pandemic in the last year has brought about a “new normal” for corporate Malaysia, forcing companies to reassess their corporate culture and accelerate their digitalisation agenda, with virtual annual general meetings (AGMs) and extraordinary general meetings becoming the norm.

From a new business perspective, there was an influx of companies jumping onto the healthcare bandwagon — announcing their diversifications into everything from the manufacturing of gloves and face masks to vaccines — to get a slice of the extraordinary profits being made by the healthcare sector. This raised some concerns, given that some of these companies later announced the cancellation of such ventures, which led to a pullback in share prices after a meteoric rise when the diversification announcements were first made.

With such unprecedented developments came the need for the strengthening of corporate governance (CG) to ensure that companies still adhere to regulations and continue to act in the best interests of shareholders.

One of the grievances from shareholders of listed companies last year was that companies chose to ignore questions posed during virtual meetings.

“Irrespective of whether the AGM is held through a physical or virtual meeting, the Securities Commission Malaysia (SC) expects engagement with shareholders and stakeholders to be meaningful, and good CG practice dictates that all questions posed by all stakeholders be responded to by the board or senior management,” its chief regulatory officer Foo Lee Mei told a virtual press conference last week.

“Based on the SC’s survey on conduct of fully virtual general meetings during the first Movement Control Order and Conditional MCO, we found that despite a preference for physical participation, a significant number of shareholders would still like to continue having the option of participating in a general meeting remotely or online,” she added.

On the issue of companies making misleading or false announcements on healthcare ventures such as the procurement of vaccines, SC executive chairman Datuk Syed Zaid Albar said the SC views the dissemination of false or misleading material information by public-listed companies (PLCs), regulated entities and even the media as a serious breach under the securities laws.

“All listed entities, its directors and CEOs must exercise care and diligence when making any material announcement, and above all maintain accountability. Any person found guilty may face imprisonment not exceeding 10 years and a fine of not less than RM1 million,” he added.

He also touched on the presence of politicians on the boards of PLCs, saying that shareholders need to exercise their rights in ensuring that only persons who are fit, proper and can contribute to the growth of the company are appointed to the board. “Shareholder activism is [vital] as shareholders have the ultimate power to reject or approve the appointment of directors. As for directors, [they] are expected to exercise their powers for a proper purpose, in good faith and in the best interests of the company.”