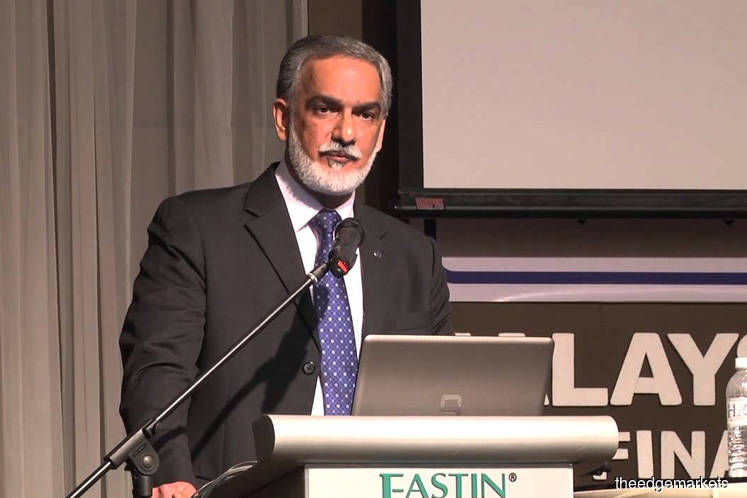 KUALA LUMPUR (Jan 3): Former Bank Negara Malaysia (BNM) deputy governor Dr Sukudhew (Sukhdave) Singh is understood to have resigned from the board of Khazanah Nasional Bhd, after some 17 months on the job, according to sources.

The reason behind his resignation is, however, unknown at the time of writing.

Sukhdave was appointed by the Prime Minister's Office to the board of the sovereign wealth fund in July 2018, alongside the appointment of Prime Minister Tun Dr Mahathir Mohamad as chairman.

This followed the en masse resignations of Khazanah's group managing director Tan Sri Azman Mokhtar and eight other board members who had then offered their resignations to Dr Mahathir "to facilitate a smooth and orderly transition under the new government".

Meanwhile, it is also learnt that the appointment of Datuk Shireen Ann Zaharah Muhiudeen — currently chairman of Bursa Malaysia Bhd an independent director of the Federal Land Development Authority — to the board of Khazanah has been put on hold for the time being.

Quoting multiple sources, The Edge Malaysia had earlier reported that Shireen — also the founder and principal fund manager of Corston-Smith Asset Management Sdn Bhd — will be joining the board of Khazanah, which at the time had nine board members including its chairman Dr Mahathir.

In November 2017, Sukhdave stepped down from his position as BNM deputy governor during Tan Sri Muhammad Ibrahim's term as governor, after 31 years of service in the central bank. He was succeeded by Jessica Chew Cheng Lian.

In what appeared to be a message from Sukhdave to BNM staff that had then gone viral, one paragraph read: "All I can say is that my life in the bank has been based on certain professional expectations, and when I find myself put in circumstances where those expectations can no longer be met, there could have been no other decision for me."

Read more:
Shireen Ann to join Khazanah’s board
Another BNM deputy governor steps down in a year