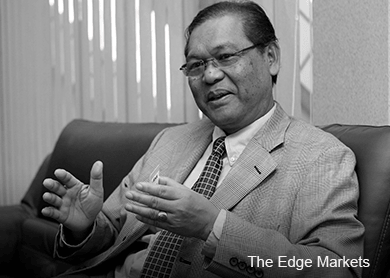 Sabri was also former CEO of Golden Hope Plantations Bhd and former chairman of the Malaysian Palm Oil Board.

Bernama reported that Sabri first joined the civil service in 1970 to serve the Ministry of Agriculture, then moved on to the private sector in 1985 under Harrisons Malaysia Plantations Bhd.

When Sabri was at Golden Hope, the company had the distinction of having the country's largest land bank as well as best oil extraction rate.

He led the privatisation of FGV and was instrumental in its listing, which saw all the major plantation companies acquired, coming under Synergy Drive and thereafter Sime Darby.

During Sabri’s tenure as president and CEO of FGV, the group successfully listed on the Main Market of Bursa Malaysia in 2012, becoming the world’s second-largest initial public offering (IPO) after Facebook.

A respected plantation expert, he will be remembered for his distinguished services and contributions to the nation.

According to Bernama, Sabri was awarded the Darjah Dato' Paduka Tuanku Ja'afar (DPTJ) which carries the title "Dato'" from the Negeri Sembilan state government in 2004, the Darjah Panglima Setia Mahkota (PSM) which carries the title "Tan Sri" from the federal government in 2013, and the Palm Oil Industry Leadership Award (PILA) 2014 in October last year.

He will be buried at the Bukit Kiara Muslim cemetery here after Zohor prayers today.