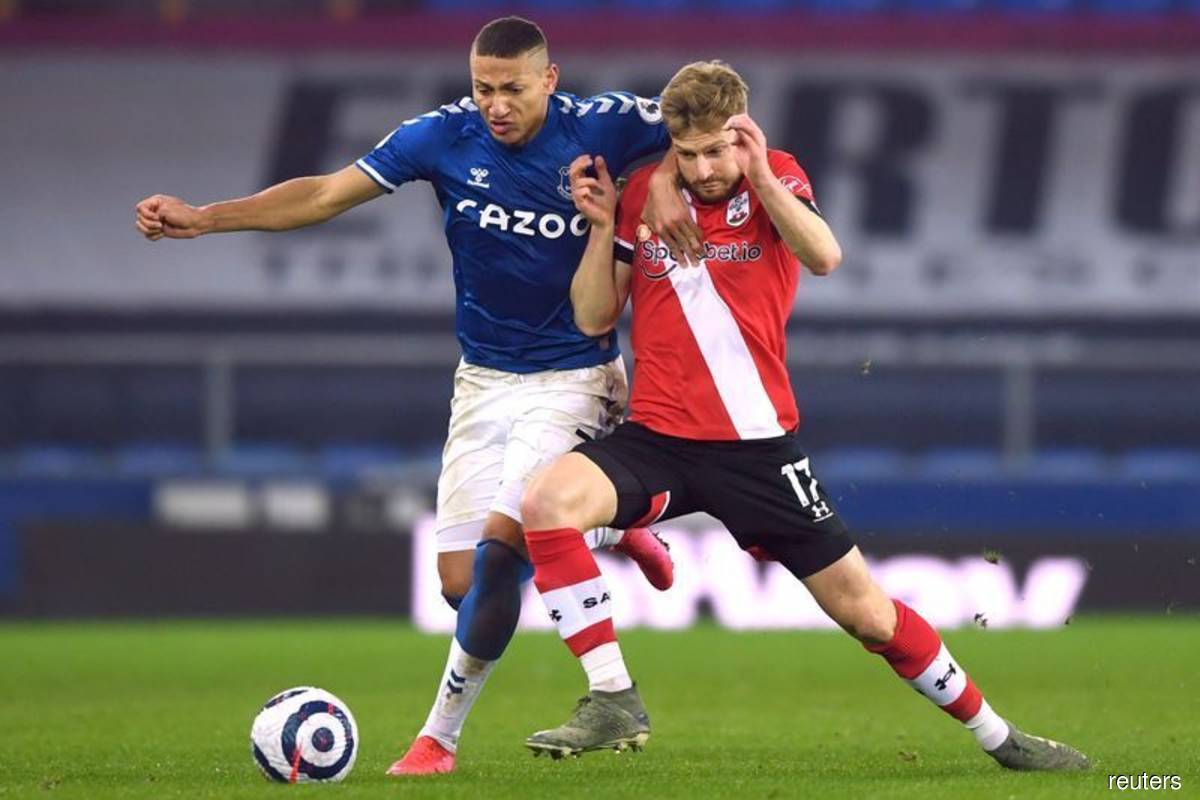 LIVERPOOL, England (March 2): Richarlison’s early goal for Everton secured a 1-0 Premier League win over ailing Southampton on Monday to compound the woes for the visitors who have taken one point from the last 27 available.

Seventh-placed Everton are now level with Liverpool on 43 points with a game in hand and still very much in the hunt for the European places, while Southampton remain in 14th spot, seven points above the relegation zone.

In a game of few chances it was Everton who had the better of them as they ended a poor run to claim a first home victory in six games at Goodison Park.

Richarlison provided a neat finish to Gylfi Sigurdsson’s perfect through ball after nine minutes to win the game after another toothless display from Ralph Hasenhuttl’s side.