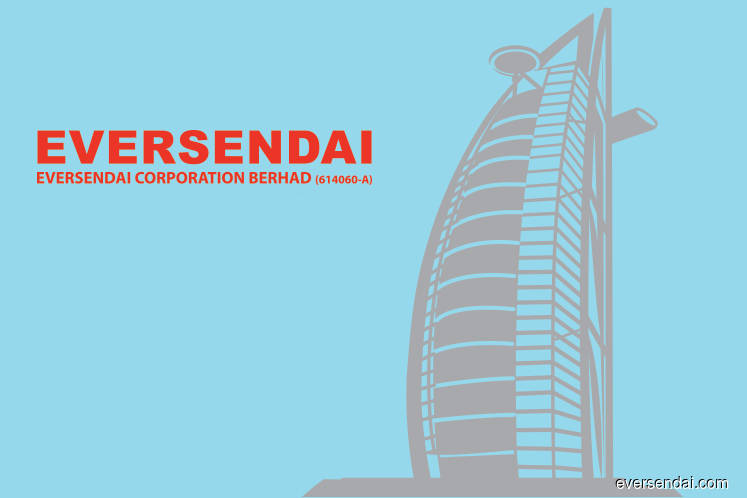 Eversendai said the significant increase in the operating and administrative expenses was partly due to higher depreciation expenses and other fixed costs expensed to income statement by its mechanical fabrication, installation and modularisation segment. This was due to the under-utilisation of the Ras Al Khaimah fabrication yard facility in the United Arab Emirate because of the delay in timing of award of the projects by external parties in the current financial year ending Dec 31, 2019 (FY19).

As at Sept 30, the group's order book stood at RM2 billion.

"Approximately 36.4% of the order book came from the group's traditional stronghold in the Middle East, 35.4% from India, 19.8% from Southeast Asia region and the balance 8.4% from mechanical fabrication, installation and modularisation segment," Eversendai said in a bourse filing today.

On prospects, the group said it has further diversified its business with a project secured in FY19 for the European renewables offshore wind sector.

Shares of Eversendai closed half a sen lower at 40 sen today, with 319,500 shares crossed, valuing the group at RM312.4 million.