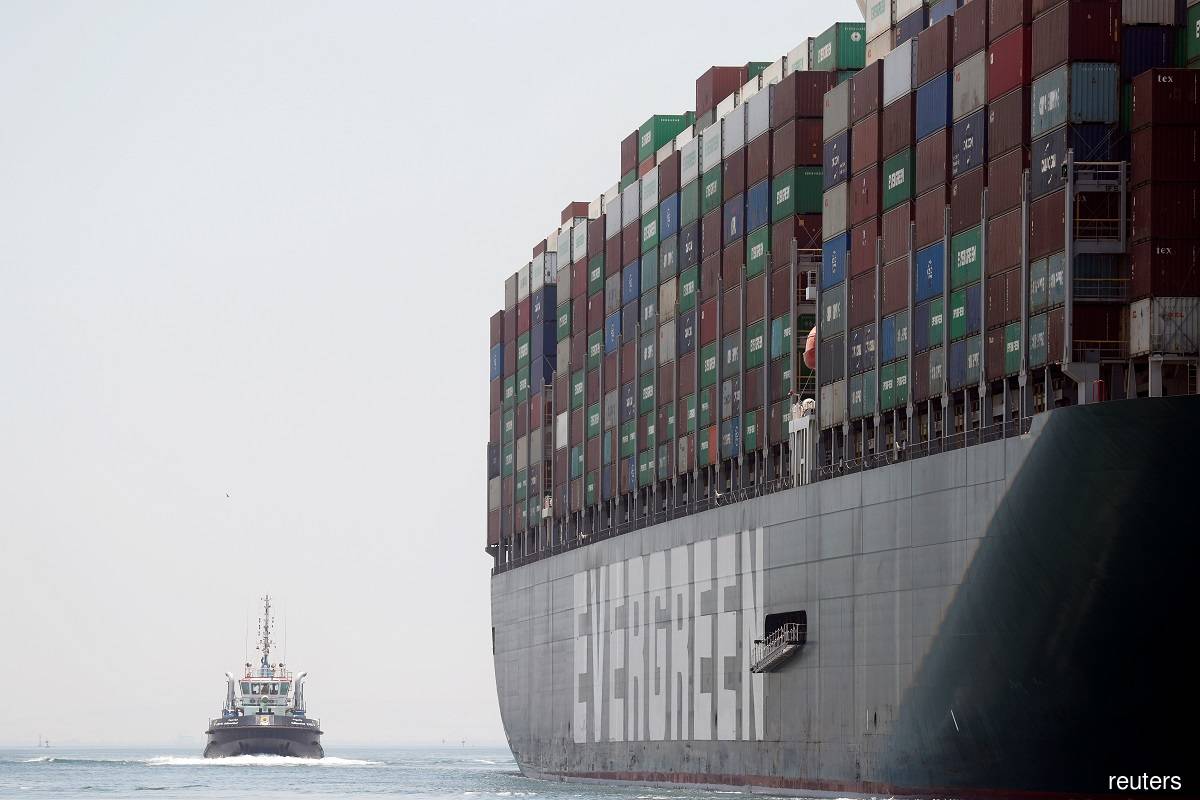 ISMAILIA (July 7): The Ever Given, one of the world's largest container ships, resumed its journey to leave the Suez Canal on Wednesday, 106 days after becoming wedged across a southern section of the waterway for nearly a week and disrupting global trade.

A Reuters witness on board a tug boat saw the Ever Given start to move north in the Great Bitter Lake, which separates two sections of the canal and where it has been moored with its Indian crew since being refloated on March 29.

Canal sources said the Ever Given would be escorted by two tug boats and guided by two experienced pilots as it makes its way through the canal, one of the world's busiest waterways, towards the Mediterranean.

A ceremony was held at the canal to mark the departure of the vessel, which is loaded with about 18,300 containers.

The Ever Given had become grounded in the southernmost, single-lane stretch of the canal on March 23 amid high winds.

It was then held by the Suez Canal Authority (SCA) under court order while the authority sought compensation from the ship's Japanese owner Shoei Kisen and its insurers.

The SCA demanded more than US$900 million for the salvage operation and other losses, later lowered to US$550 million. The Ever Given's owners and insurers had disputed its detention and the compensation claim.

After protracted negotiations, an undisclosed settlement between the parties was reached and the SCA announced that the ship would be released.

About 15% of world shipping traffic transits the Suez Canal, which is the shortest shipping route between Europe and Asia.

It is an important source of foreign currency revenue for Egypt.