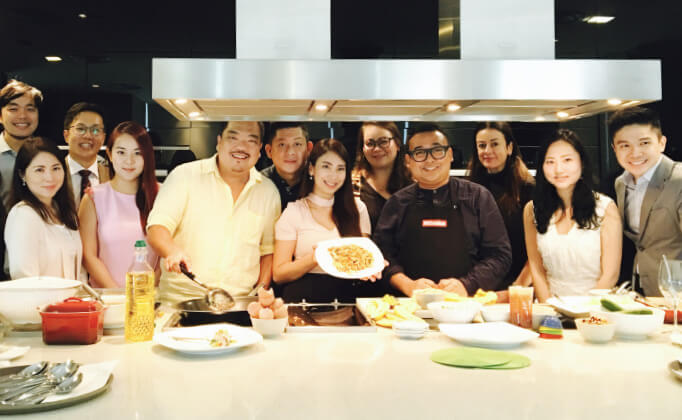 Rehda Youth, Miele and Haven teamed up recently for a cooking and networking session with Chef Korn Yodsuk, the talent behind KL’s celebrated Erawan Restaurant 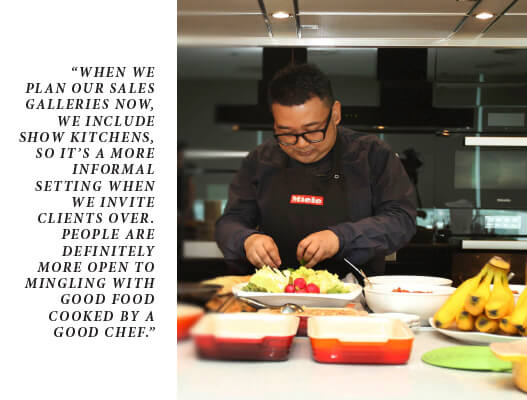 Stepping into Miele Malaysia’s lifestyle gallery on Level 12 of Menara SapuraKencana Petroleum, Kuala Lumpur, the first thing that draws the eye is the view afforded by the floor-to-ceiling windows. Further, the ample natural light streaming in bathes the chic brown and grey décor with a cheery hue. The gallery’s expression of style — which is in line with the direction taken by property developers these days, as Rehda Youth members would readily attest to — made it the perfect venue for our event, a cooking and networking social hosted by the Real Estate and Housing Developers’ Association’s youth arm, Rehda Youth, in collaboration with Miele Malaysia and Haven.

We arrived at around noon and exchanged pleasantries with a nice round of bubbly before “rolling up our sleeves and getting to work”. It was an informal and relaxed occasion, with a meal prepared and presided over by Chef Korn Yodsuk of Erawan, one of Kuala Lumpur’s top Thai cuisine restaurants. After a worthwhile wait, the doors to Miele Malaysia’s contemporary, state-of-the-art kitchen opened and Chef Korn greeted us with his signature bashful smile. As if the colourful ingredients neatly arranged before him were not enough to persuade us that a wonderful lunch was on the way, the aroma of Thai-herbed chicken roasting in Miele’s high-tech oven was certainly whetting our appetite.

Seats around the huge square counter were quickly filled and Rehda Youth committee member Datin Lea Chan and chairlady Carrie Fong made a short-but-sweet introduction. Following a welcome speech by Syndy Neo Khoo, managing director of Miele Malaysia, Singapore and Thailand, the chef announced the serving of a trio of starters.

Over Northern Tomato Dip with Salad Leaf, Watermelon with Salmon Floss and Stuffed Pineapple with Preserved Radish, conversations continued, with overheard snippets running the gamut of business, personal and pleasure, including discussions on the latest food discoveries around town (in true Malaysian fashion).

Taking advantage of the kitchen’s innovative and largely automated equipment, Chef Korn then put out an eight-course modern Thai menu, quipping that it was a stress-free experience. Perhaps the many pairs of willing hands had something to do with it.

“Who wants to cook?” he asked when Pad Thai was announced as the first main course. Hands quickly shot up. As we took turns at Miele’s wok induction hob, there was a friendly rivalry to produce the best stir-fried noodles, with the more daring ones opting to customise their dishes. Each piping-hot plate of noodles was quickly gobbled up.

A zesty and fresh steamed fish roll with vegetables quickly followed, together with the perfectly roasted chicken.

But it was not all play for the Rehda members. A discussion was started about the needs and wants of potential property buyers and, soon, several inputs had been put forth.

With that, a simple baked banana dessert was served to round off the light and fulfilling lunch.

Networking around the kitchen 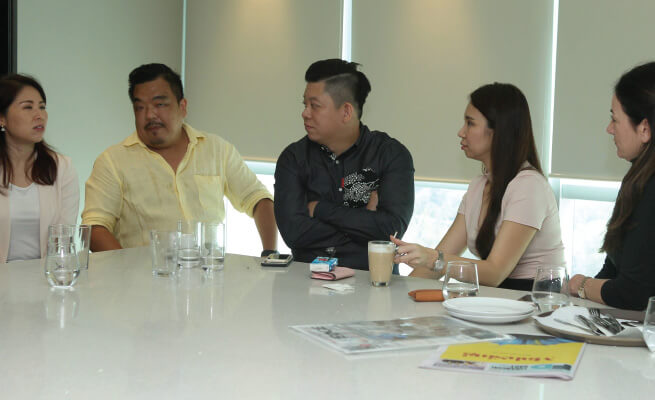 Tipton explained, “Networking is an experiential situation and, quite often, certain networking events can be boring because you don’t really get to know people. But this event is a less conventional take and allows you to get to know them, which is fantastic.”

TA Global’s Yeap concurred, revealing that some of the members often meet privately for food gatherings and throw dinner parties at their homes. Similarly, the idea of networking through food has also been incorporated into business, with Yeap being a particular fan of Miele Malaysia’s products after he had a tasty fish dish prepared for him on his last visit to the gallery.

“When we plan our sales galleries now, we put in a show kitchen, so there’s a more informal setting when we invite clients over. People are definitely more open to mingling with good food cooked by a good chef,” he says.

The value of “kitchen networking” is shared by Bon Estates’ Goh, who runs a café in his show gallery in Bangsar. “It helps present the better lifestyle that we offer and tie into our projects. Through that, I also make a lot of contacts that can be built into our ecosystem.”