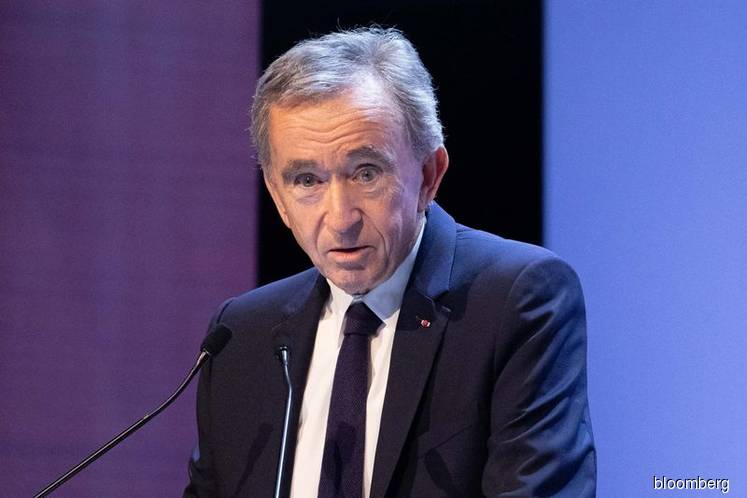 (March 25): Luxury-goods mogul Bernard Arnault has been hard hit by the spread of the coronavirus, losing more financially than anyone else in the world.

He’s directly enlisted his conglomerate -- which controls Christian Dior and Louis Vuitton -- in the battle against the virus by financing the delivery of millions of medical masks to France from Chinese suppliers and converting a Dior perfume factory outside Orleans into a producer of hand sanitizer.

On Tuesday, he got some financial relief as global stocks jumped on optimism a massive U.S. stimulus package is on its way. Shares of Christian Dior and LVMH surged and his fortune increased $11.3 billion on the day, the biggest trading-driven gain in the history of the Bloomberg Billionaires Index.

Arnault, whose net worth climbed more last year than anyone else on the 500-member index, is still down $35.2 billion so far in 2020 as the pandemic has spread.

The swings in Arnault’s fortune underscore the dramatic volatility of global markets, driven by virus panic and alternating hope and pessimism for government intervention. After four days of declines, the Dow Jones Industrial Average posted its biggest advance since 1933 on Tuesday.

Warren Buffett was the next-biggest gainer on the index, rising $6.5 billion, while Spain’s Amancio Ortega, the titan behind the Zara fast-fashion brand, added $5.9 billion. Still, overall the world’s 500 richest people have lost more than $1 trillion since the start of the year.