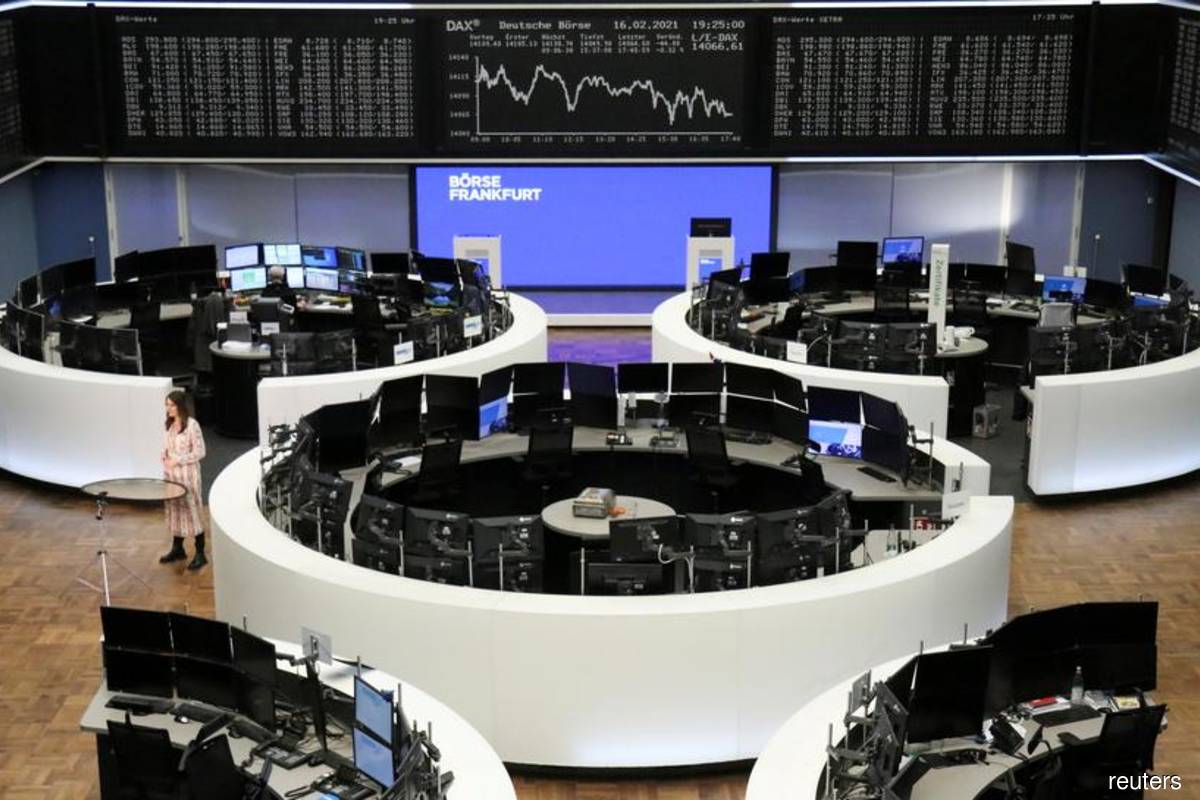 BENGALURU (April 8): European stocks hit record highs on Thursday as optimism grew around a global stimulus-fuelled economic rebound, after the US Federal Reserve signalled it was in no hurry to tighten its monetary policy.

The pan-European STOXX 600 index rose 0.6%, adding to gains notched earlier this week when the index erased all of its pandemic-driven losses.

Fed officials remain wary about the ongoing risks of the coronavirus pandemic and are committed to bolstering the economy until its recovery is more secure, minutes of the central bank's latest policy meeting released on Wednesday showed.

"A dovish set of meeting minutes from the Federal Reserve has further reassured investors that Jay Powell and the gang won't be turning off the stimulus taps any time soon," Connor Campbell, an analyst at Spredex, wrote in a morning note.

European Central Bank policymakers at their meeting last month debated a smaller increase in bond purchases and agreed to front-load the buying this quarter, on condition it could be cut later if conditions allow, the accounts of their meeting showed.

Data showed German industrial orders rose for the second month in a row in February, driven by strong domestic demand – a further sign that manufacturers are set to cushion a pandemic-related drop in overall output in the first quarter.

European economies are holding up well, despite a third wave of the pandemic, according to Mark Haefele, chief investment officer of global wealth management at UBS.

"With more vaccines becoming available from Q2, which should allow a sustainable reopening, we continue to expect a sharp rebound in the latter half of 2021, supported by high levels of savings, pent-up demand, and accommodative monetary and fiscal policy."

Investors broadly looked past news that several European countries had announced restrictions on the use of AstraZeneca's Covid-19 vaccine in younger people, after a link was found to very rare blood clots.

Chemicals maker Johnson Matthey gained 1.5%, after it forecast annual profit at the top end of market expectations and said it had started a strategic review of its health business.