European shares in the red after hawkish Fed comments 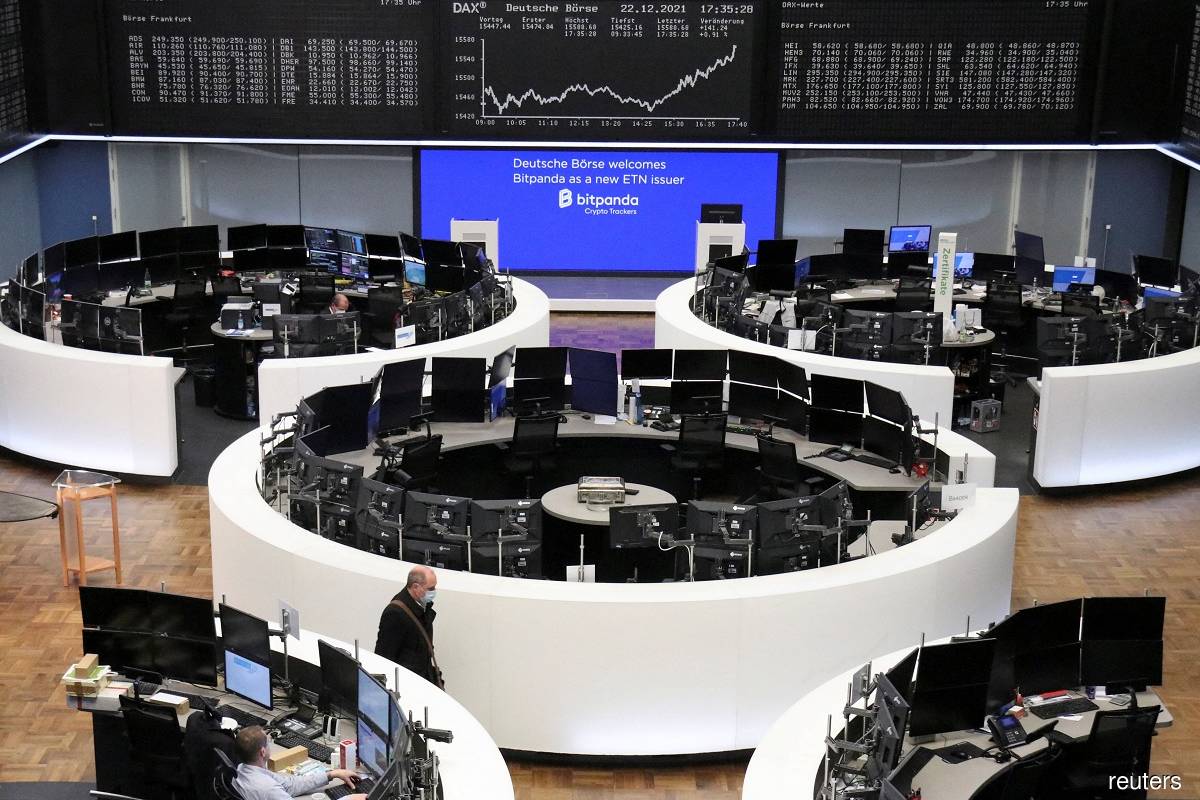 LONDON (Jan 14): European stocks dropped in early trading on Friday after more Fed policymakers signalled they will start to raise US interest rates in March to combat inflation.

Asian shares fell after Fed Governor Lael Brainard became the latest and most senior US central banker to indicate that the US Federal Reserve will hike rates in March.

Other Fed officials have also shown their willingness to raise rates, after data this week showed US consumer prices surged 7% year-on-year.

At 0835 GMT, the MSCI world equity index, which tracks shares in 50 countries, was down 0.2%, having fallen overall so far in January.

The STOXX 600 was down 0.5%, and on track for its worst week since November last year.

"Why would I buy expensive low-profit growth stocks when the central bank is starting to tighten monetary policy?"

Paillat, who is expecting at least four Fed rate hikes this year, said it was "pretty much a done deal" that the hiking cycle would start in March.

"What matters over the coming days is going to be more about earnings," he added. "There’s still a bit of room for earnings to surprise to the upside."

The US dollar fell for a fourth consecutive day, hitting a two-month low as investors took profit on long-dollar bets. At 0849 GMT the dollar index was at 94.667 and was on track for a 1.1% weekly drop — its biggest since May last year.

US Treasury yields were steady, with the 10-year yield around 1.73% — below the two-year highs hit on Monday.

European government bond yields were up by around one basis point, having generally moved lower this week as investors sought safer assets.

The European bond market has been calm in the face of a possible government shake-up in Italy and ahead of French elections in April.

Meanwhile the five-year Japanese government bond yield jumped to its highest since January 2016 and the yen rose after a Reuters report that Bank of Japan policymakers are debating how soon they can start an eventual interest rate hike.

Such a move could come even before inflation hits the bank's 2% target, sources said.

UK GDP data showed that Britain's economy grew faster than expected in November and had finally surpassed the size it was before the country went into its first Covid-19 lockdown.

Oil futures were a touch higher, reversing recent losses, helped by the weaker US dollar.

Bitcoin was little changed, around US$42,565, having recovered somewhat since it slipped below US$40,000 earlier this week. The cryptocurrency has lost around 38% of its value since it hit an all-time high of US$69,000 in March.