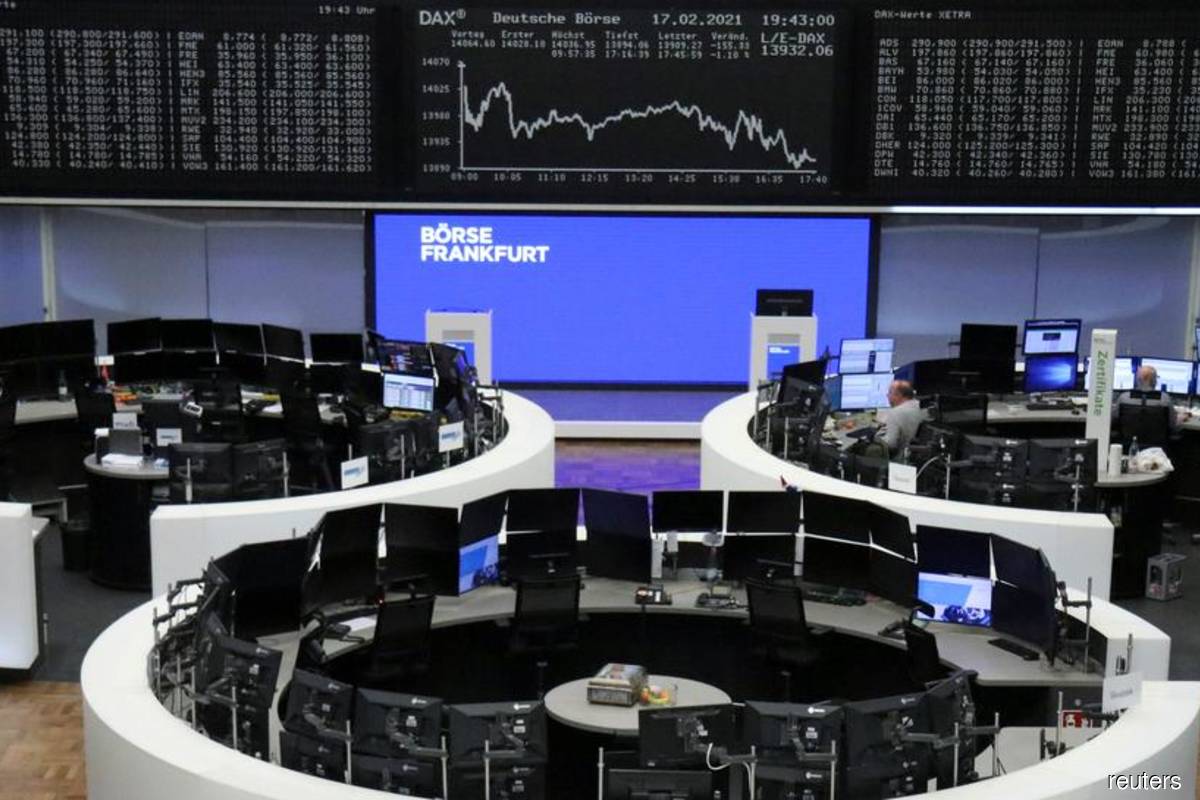 BENGALURU (Feb 23): European shares ended lower on Tuesday, as high sovereign bond yields pressured heavyweight sectors such as technology, while a batch of mixed corporate earnings cast doubt over the pace of a post-Covid-19 recovery.

The benchmark euro zone stock index was down 0.4%, with tech stocks leading declines for a second straight session, as they retreated further from 20-year highs.

Technology stocks in particular have also been viewed as expensive by investors, after their outperformance through the Covid-19 pandemic.

"Investors are cautiously optimistic about the rise in US bond yields and what that tells us about inflation trajectories, while German shares seem to be weighing on the wider European market, as tech stocks weaken further with the DAX being a tech-focussed index," said Michael Hewson, an analyst at CMC Markets.

European stocks have rallied sharply off pandemic-driven lows hit last year, but have been unable to reach pre-Covid highs, on doubts over a euro zone economic recovery due to fresh lockdowns in major countries.

Among individual movers, HSBC Holdings dropped 0.8% after its annual profits fell sharply due to the pandemic, while it unveiled a revised strategy focused mainly on wealth management in Asia.

German health care group Fresenius slipped, after it narrowed its 2021 sales growth forecast and said it would launch a cost-cutting program, while cement-maker HeidelbergCement dropped 2.3%, even after preliminary results showed core profit was up 6% last year.

French energy group Total gained more than 2%, after it agreed to sell stakes in some wind and solar farms to Credit Agricole Assurances and Banque des Territoires.