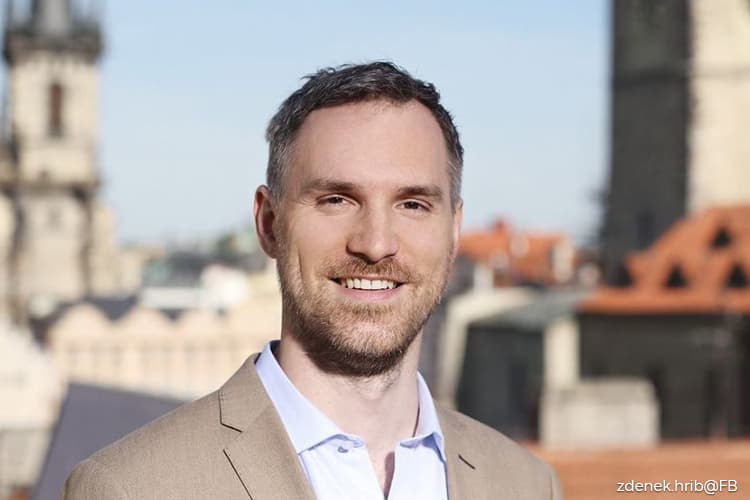 (April 2): Since becoming mayor of Prague more than two years ago, Zdenek Hrib has repeatedly irked China by meeting dissidents, criticizing its treatment of ethnic minorities and promoting ties with Taiwan.

Now, the 38-year-old Pirate Party member is a symbol of the skepticism Beijing will have to overcome as it rushes to aid a Europe ravaged by a pandemic that began on Chinese soil. The Czech Republic was among numerous European countries to receive virus test kits and other medical supplies from China in recent weeks.

“This isn’t a humanitarian gift or aid,” Hrib told Bloomberg News in a statement Friday. “From China’s perspective, it’s business.”

Such sentiments are hardly surprising from Hrib, who flew the Tibetan flag over city hall March 10 to commemorate the anniversary of the region’s failed 1959 revolt against Communist Party rule. The defiant move -- a throwback to late President Vaclav Havel’s support for the Dalai Lama -- came at a sensitive time for Beijing just as the coronavirus was prompting its first lockdowns in Europe.

The pandemic has shaken up China’s diplomatic efforts on the continent, which has been a major focus of President Xi Jinping’s “Belt and Road” plan to recreate ancient trade routes across Asia. In recent weeks, Xi’s government -- confident that the coronavirus is under control at home -- has sent supplies and disease experts to Europe, where the disease as killed more than 20,000.

Many such as the Czech Republic’s China-friendly president, Milos Zeman, have gladly accepted the support. Hrib represents another strain of Czech and European politics that’s skeptical of Beijing’s promises and its strategic aims.

“I would really like us to be a country that wouldn’t steer away from the tradition of human rights,” Hrib told Bloomberg in a previous interview last year. “A country that would not turn away from victims of injustice, but one that offers a helping hand.”

Hrib’s moves have prompted angry protests by China and the Shanghai municipal government severed economic ties with Prague after he entered a partnership with the Taiwanese capital, Taipei. If Prague keeps challenging China on Taiwan, Xinjiang or Tibet issues, the Chinese government will continue to respond with firm countermeasures, said Shi Yinhong, an adviser to China’s cabinet and also a professor of international relations at Renmin University in Beijing.

“The Czech Republic, faced with the coronavirus challenge, took an opportunistic turn by seeking aid from China while its traditional European allies are unable even to fend for themselves,” Shi said. “China, which is aiming to project its victory overseas, enforced the narrative by offering help.”
Tibet Issue

Czechs critical of Beijing’s coronavirus support have highlighted problems with some 300,000 quick tests purchased from China, which health authorities said only worked if patients had been infected for at least five days, while about one-third were defective. China has said that inaccurate results can be caused by user error and cautioned against politicizing any issues with faulty equipment.

“This is China fulfilling its role as a responsible major country and the Chinese people making kind and selfless contribution to the global response,” Foreign Ministry spokeswoman Hua Chunying said Tuesday in response a question about whether Beijing was using its assistance to sway public opinion. “I believe that such efforts are worthy of respect, not disparagement.”

Before Hrib took over in 2018 -- his first elected post -- Prague’s position toward China had been aligned with the country’s official diplomatic stance, focused on economic ties. Two years earlier, Czech police suppressed peaceful protests and forced people to remove Tibetan flags from their homes during a visit by Xi.

Bilateral relations between China and the Czechs reached a pinnacle in 2015, when Zeman joined Xi at a military parade in Beijing to commemorate the 70th anniversary of the end of World War II. Zeman was the only EU head of state in attendance.

Hrib, the Pirate Party’s former health policy expert, developed a fondness for democratically run Taiwan when he spent two months there as a medical student in 2005. A certificate of honorary citizenship to Taipei hangs on his office wall. While his views resonate with a much of Prague’s liberal population, it contradicts the Czech Republic’s “one China” foreign policy.

The Chinese Foreign Ministry said in October that the Prague city government had since 2018 “repeatedly made erroneous moves and inappropriate remarks on major issues concerning China’s core interests such as topics regarding Taiwan and Tibet.”

Tensions between Prague and the Chinese government came to a head in January 2019, when the Chinese ambassador, Zhang Jianmin, demanded that a representative of Taiwan be expelled from a reception hosted by Hrib.

“I refused, and I told him that here we don’t throw out guests we invited,” Hrib said. “So the ambassador rushed out himself.”