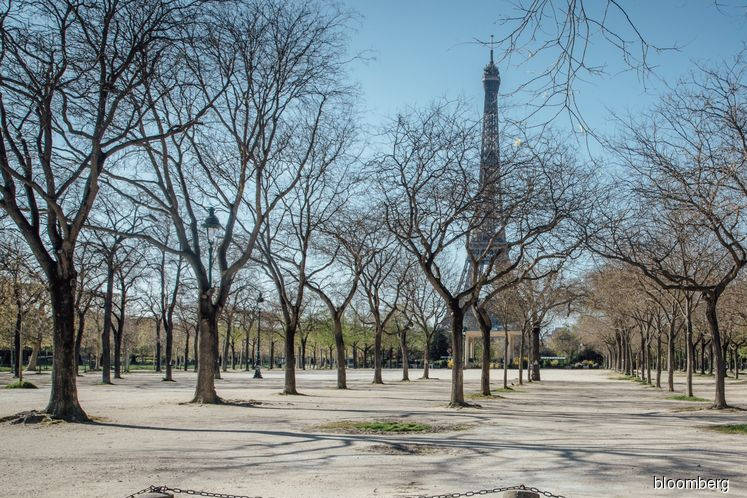 (April 7): It’s crunch time for the European Union as it strives to stem a virus-led downturn that could eclipse the severity of the Great Recession more than a decade ago.

The EU’s finance ministers on Tuesday will seek to endorse a list of measures worth more than half a trillion euros to mitigate the impact of the coronavirus on the region’s economies. If enough headway is made, the bloc’s leaders could debate and sign-off on the measures later in the week.

With the euro area facing an economic slump of unprecedented scale, countries have instituted fiscal measures worth 3% of EU gross domestic product as well as liquidity guarantees worth 18% of the bloc’s output. The European Central Bank has also launched massive bond purchases in what could end up becoming the biggest economic rescue package the continent has seen in peacetime.

German Chancellor Angela Merkel on Monday said that the pandemic was the EU’s biggest challenge since its founding and that “the answer can only be: more Europe, a stronger Europe and a well-functioning Europe.”
Bailout Fund

One measure that’s gained broad support is to have the euro-area bailout fund, the European Stability Mechanism, offer credit lines worth up to around 2% of output to all the bloc’s members. These loans could be granted to countries with few strings attached that focus mainly on the money going to virus-related spending. Still, some debate is expected on whether the funds should also be conditional on the countries’ fiscal health in the longer run, a longstanding demand of hawkish northern governments including the Netherlands and Austria.

The existence of such facilities should bring down borrowing costs for euro-area countries, and if the loans were needed, they would be available very quickly. Crucially, tapping into the ESM’s 410 billion-euro ($440 billion) war chest could also pave the way for the ECB to buy vast amounts of sovereign bonds through its Outright Monetary Transactions program.

Another proposal expected to get the green light is the creation of a pan-European Guarantee Fund to be managed by the European Investment Bank that could mobilize more than 200 billion euros in liquidity for the region’s small- and medium-sized enterprises.

The ministers are also expected to broadly support a program proposed by the European Commission that would give up to 100 billion euros in loans to countries facing rising joblessness because of the lockdown. The plan would see the EU raise money on international markets backed by guarantees from member states.
Joint Debt

Among the more contentious ideas that will likely be discussed is an emergency fund proposed by the French government. According to the plan, the temporary reserve of 3% of GDP would be around for as long as 10 years and would be funded by the joint issuance of debt instruments to mutualize the cost of the crisis.

That would be more controversial as it closely resembles a proposal backed by several euro-area countries for so-called coronabonds -- joint debt instruments that would ease pressure on highly indebted countries like Italy and, to a lesser extent, Spain and France, and would reduce the risk of a backlash from bond investors.

Officials say the French proposal could be considered as part of the EU’s plan for economic recovery once the health crisis is over. But it’s still likely to face pushback by countries like Germany and the Netherlands that have long opposed the idea of mutualizing risk. They argue that it wouldn’t solve the issue at hand and are wary that they could end up on the hook for spending in the poorer south.

Still, in order to bring Italy and some of the other hard-hit countries on board with the rest of the toolkit, officials expect that some reference to such a notion could be included in the ministers’ agreement, leaving more concrete decisions on such instruments in the hands of their leaders.