Europe trumping Asia in contest for LNG amid record prices 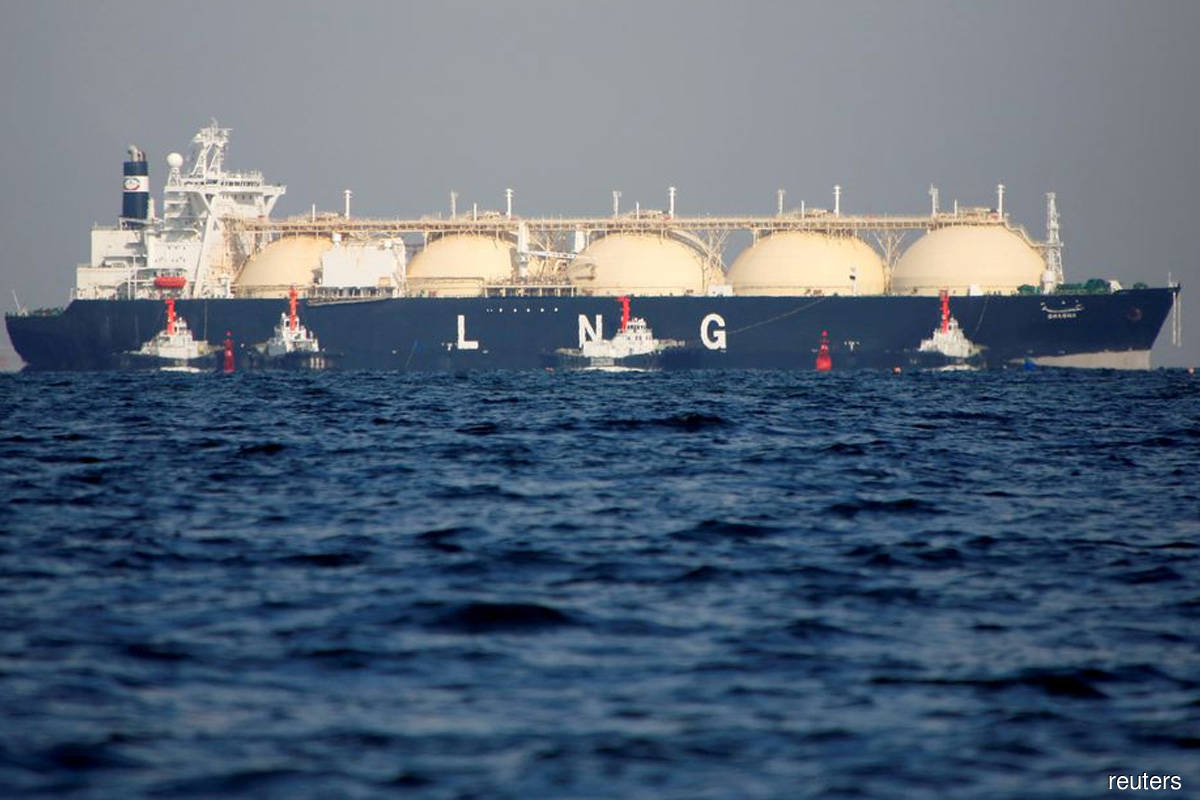 LAUNCESTON, Australia (Oct 18): The supply of liquefied natural gas (LNG) globally is increasing as exporters respond to strong demand and record high prices, but it appears that Europe is grabbing a bigger share of the extra cargoes than Asia.

Imports of the super-chilled fuel are expected to reach 31.70 million tonnes in October, say commodity consultants Kpler, which would be the highest since May, and up from September's 30.01 million.

However, the top-importing region of Asia is expected to show a largely steady outcome, with imports at 22.59 million tonnes, roughly in line with September's 22.96 million.

Europe's imports are forecast to rise to 7.06 million tonnes in October, up from 5.08 million in September, and the highest since May's 7.82 million.

Both Europe and parts of Asia are short of supply, although the concern over low storage levels in Europe seems to be trumping similar concerns about energy shortages in China, which is likely to overtake Japan as the world's biggest LNG buyer.

High spot prices may also be having some impact on Asia's appetite for LNG, with the weekly spot assessment hitting another record.

The weekly spot price of LNG for delivery to north Asia <LNG-AS> rose to $38.50 per million British thermal units (mmBtu) in the seven days to Oct. 15, the third straight week of fresh all-time highs.

The price has surged almost 600% from the 2021 low of $5.60 per mmBtu in late February as buyers scrambled for cargoes ahead of the northern winter, which is predicted to be similar to last year and be colder than usual, as a result of the current La Nina weather pattern.

LNG futures traded in New York and based on the benchmark S&P Global Platts Japan-Korea Marker price weren't quite as bullish as the weekly spot assessment, ending at $33.25 per mmBtu on Oct. 15, down from the record high of $35.07 on Oct. 5.

Nonetheless, both price assessments are well above the previous records from January, and the JKM futures are priced above $30 per mmBtu for the entire winter period, with the February-expiring contract ending at $30.38 on Oct. 15.

This suggests that market participants expect demand for LNG in Asia to remain robust over winter, but for there to be sufficient supply once the cold weather ends.

The country-by-country breakdown of October's forecast LNG imports in Asia shows some interesting dynamics, as the growth in October imports is not being led by China.

That comes despite official calls by Beijing for utilities to do whatever it takes to secure energy supplies as the country battles power shortages caused by constrained coal supplies.

China's October LNG imports are estimated at 5.6 million tonnes by Kpler, down from 6.82 million in September.

It is likely the October figure will be revised higher in coming days as the destination of more cargoes becomes visible, but it does seem that China's imports will be more or less steady on a month-by-month basis.

Of course, the call to secure more energy was recent, and it is more likely that additional cargoes bought by Chinese utilities will show up in November and December arrivals.

Japan, which is likely to be overtaken this year by China as the world's biggest LNG buyer, is also expecting a modest October, with arrivals forecast at 4.97 million tonnes by Kpler, down from September's 5.39 million.

Japanese utilities, which mainly buy under long-term, crude oil-linked contracts, are believed to have secured sufficient LNG to meet winter demand, and the current high spot price is deterring any additional buying.

But if the big three buyers are not really ramping up purchases of LNG, where is the extra fuel going?

India is forecast to land 2.02 million tonnes in October, up a touch from 2.01 million in September, but well above June's 1.85 million, which was the lowest yet in 2021.

India's higher demand may be viewed as something of a surprise, with the South Asian nation usually considered to be price sensitive, and it would have been expected that the strong rally in spot prices since August would have worked against LNG imports.

Taiwan is expected to import 1.84 million tonnes in October, up from 1.67 million in September and the second highest this year, after July's 1.93 million.

Overall, Asia's imports of LNG are trending higher ahead of winter, but if Chinese buyers are driving the record high spot prices, the volumes have yet to show up in the country's import figures.