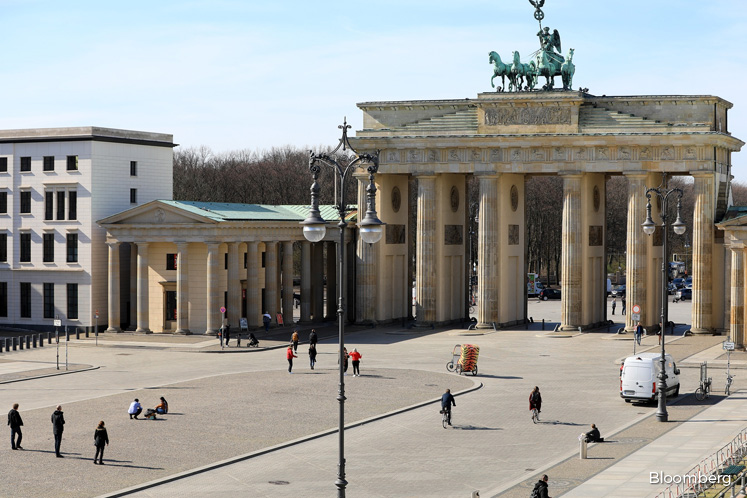 (March 19): Europe surpassed China in the number of confirmed coronavirus cases and deaths as Italy reported its deadliest day.

On Wednesday, Italy reported 475 deaths from the virus. That’s the highest death toll reported in a day by any country since the virus originated in Wuhan, China, late last year. China recorded its highest single-day death toll of 150 on Feb 23.

With few signs that the march of the pathogen is slowing in Europe, countries across the region are struggling to cope with what has turned into the deadliest pandemic in more than a century.

Across Europe, schools and universities have been closed; lockdowns have become commonplace; non-essential businesses like cinemas, gyms, clubs, bars and restaurants have been shut; and companies have asked employees to work from home wherever possible.

“This is serious -- and you need to take it seriously,” Merkel said in a somber tone during a speech delivered to the nation on Wednesday evening. “There has been no such challenge to our country since German reunification – no, since World War II.”

In the U.K., Prime Minister Boris Johnson said the country’s schools will close from Friday. Johnson didn’t rule out imposing tighter controls on London as his government seeks to clamp down on the pandemic. The number of infections in the country jumped 35% on Wednesday to 2,626.

Portuguese President Marcelo Rebelo de Sousa declared a state of emergency for 15 days as the number of confirmed coronavirus cases in the country jumped 43% in a day to 642 on Wednesday.

Spain’s King Felipe VI called on Spaniards to unite to stop the spread of the virus, which has infected nearly 14,000 people in the country and killed 598.

“We will get back to normal - there’s no doubt. We will do it sooner rather than later, if we don’t let our guard down, if we all unite and work together,” said the Spanish head of state, who rarely speaks in public.

In one small, hopeful sign, the rise in the number of active cases in Italy, the epicenter of the outbreak in Europe, slowed to 10%, the weakest gain in over a week.

While there are tentative indications that the contagion in the country might be nearing its peak, authorities remain cautious. Prime Minister Giuseppe Conte is mulling extending the nationwide lockdown beyond April 3, its scheduled end, and the government might also ban outdoor activities like jogging.