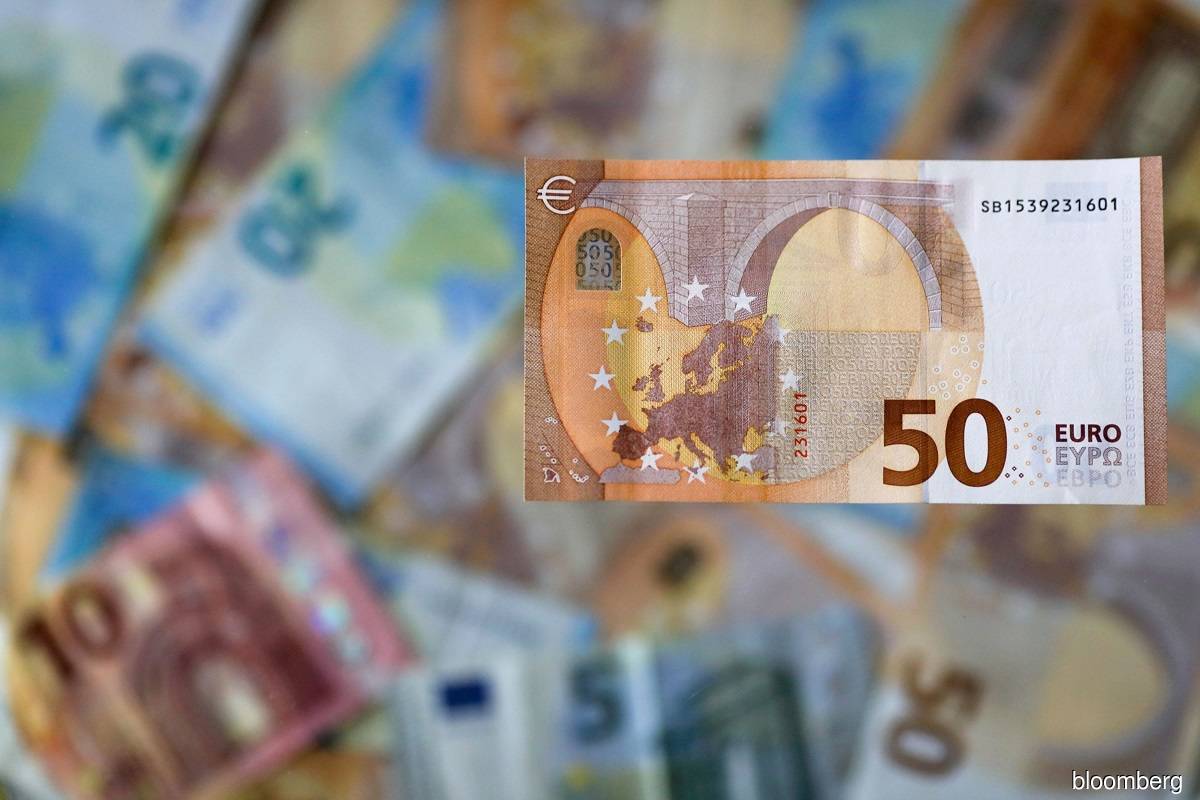 LONDON (July 5): The euro sank to a 20-year low against the US dollar as the prospect of a less aggressive hiking cycle by the European Central Bank (ECB) added to conviction the common currency will tumble to parity with the greenback.

The single currency fell as much as 1.2% to US$1.0298, its weakest level since December 2002. The losses came as money markets trimmed ECB tightening bets after the French service Purchasing Managers' Index was revised lower on Tuesday, widening the interest-rate differential with the Federal Reserve (Fed).

The euro has dropped more than 9% against the dollar this year as record inflation has escalated the squeeze on households and firms, and along with the fallout from war in Ukraine, is hampering the ECB's ability to raise rates as fast as the Fed. According to Bloomberg's options-pricing model, there is now a 60% chance the currency hits parity versus the dollar by year end, up from 46% on Monday. "Parity is just a matter of time now," said Neil Jones, head of FX sales to financial institutions at Mizuho.

Traders are betting the ECB will deliver less than 140 basis points this year, down from more than 190 basis points almost three weeks ago. They expect policymakers to kick off their first tightening cycle in a decade later this month with a 25-basis-point increase. The Fed has already raised rates by 150 basis points, with markets pricing in an 80% chance of a 75-basis-point hike at its July meeting.

"It is hard to find much positive to say about the EUR," said Dominic Bunning, the head of European FX Research at HSBC, who expects the common currency to trade at parity with the dollar this year. "With ECB sticking to its line that we will only see a [25-basis-point] hike in July — at a time when others are hiking much faster — and waiting for September to deliver a faster tightening, there is also little support coming from higher yields."

The losses on Tuesday were compounded by poor liquidity and selling in euro-Swiss franc, according to three Europe-based traders. The euro fell as much as 0.9% against the Swiss franc to 0.99257, the lowest level since 2015.

"The FX market is not back up to full liquidity given US holiday," said Mizuho's Jones. "Any given size of trade is likely to have a greater impact on market movement."