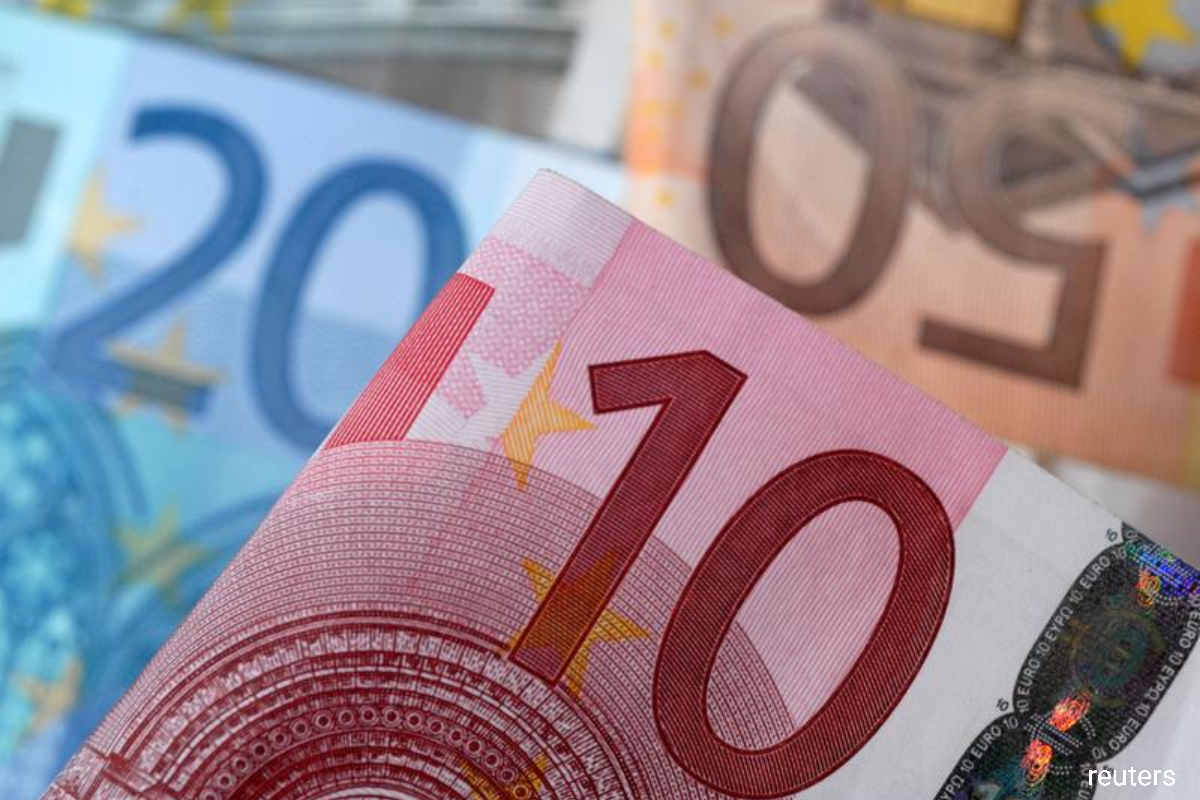 (July 7): The European economy’s lurch toward recession is making traders ever more convinced the euro will drop below parity with the dollar for the first time in 20 years.

Shorting the single currency has become one of the most popular trades, with strategists from Nomura International Plc to HSBC Bank Plc telling clients to expect more losses ahead. There’s around a 50% implied probability of the euro hitting parity in the next month, according to a Bloomberg options-pricing model.

Investors are grappling with the risk that Russia may cut off gas supply to Europe and plunge the region into recession. The economic shock would make it harder for the European Central Bank to tighten policy, and likely widen the interest-rate differential with the US. The currency was trading around US$1.02 Thursday after sliding to as low as US$1.0162 on Wednesday.

The euro is a near-impossible trade, especially as the ECB doesn’t appear to have a clear plan on how to address rising inflation and a deflating currency, according to Vasileios Gkionakis, head of European foreign-exchange strategy at Citigroup Inc in London.

“I’m getting really worried about the recent speeches that have come out the past couple of days that show that there are a lot of concerns and a lot of disagreement” within the ECB governing council, he said on Bloomberg Surveillance on Wednesday. “If the ECB wants to tame inflation and support exchange rates ... then it needs to do two things: hike rates and come up with an effective anti-fragmentation mechanism.”

For Kit Juckes at Societe Generale SA, the euro “remains effectively unbuyable this summer.” The chief global currency strategist said, “Europe’s energy dependency on Russia is falling, but not fast enough to avoid recession if the pipeline is closed. If that happens, EUR/USD will likely lose another 10% or so.”

The ECB will not hike just to strengthen the euro, according Juan Manuel Herrera Betancourt, a foreign-exchange strategist at Scotiabank. The economic shock from an oil cutoff would make it harder to tighten monetary policy and likely widen the interest-rate differential with the US, he said by phone Wednesday. “Where is the floor? It’s hard to say.”

Moreover, cutting off Russian supplies may lead to rationing, according to Kaspar Hense, a senior portfolio manager at BlueBay Asset Management in London. If that happens, “we will see a significant recession in Europe. It could be a very long winter,” he said.

BlueBay has been shorting the euro since last month, Hense said. He expects the common currency to slide to 90 US cents if Russia withholds supply, though it’s not their base case.

German officials have been voicing concern that a key pipeline delivering Russia’s natural gas to Europe may not return to full capacity after planned maintenance this month. The International Energy Agency has warned that a complete cutoff in flows “cannot be excluded” given Russia’s “unpredictable behavior.”

Tim Brooks, head of FX options trading at market-maker Optiver, is expecting more volatility if the euro breaks through dollar parity. Demand for euro options is coalescing at lower levels from about 0.92 to one versus the dollar, he said.

Nomura International Plc strategist Jordan Rochester wrote on Tuesday that he has even more conviction in his call that the euro will slide toward 0.98 by August. ING Groep NV sees a worst case scenario of the euro trading as low as 0.9545 over the next four weeks.

“It’s a perfect storm for the euro at the moment,” said Luu, who holds a small short position. Still, the currency is already at weak levels and there’s a good chance it may strengthen in the next year, he added.

“I wouldn’t rule out parity given the cocktail of factors, but personally I wouldn’t chase this move,” he said. “I wouldn’t add to euro shorts at the moment.”

For months, the euro has been dogged by the view that interest rates in the euro zone will lag aggressive tightening by the Federal Reserve. Traders are also expecting less overall tightening as well because of the region’s feeble economy.

“A lot of capital has flowed into the US, but unless there is something enticing it outwards then the dollar can stay strong,” said Andy Bloomfield, head of macro research at Record Currency Management. “For it to be enticed outwards you need to see a better economic outlook in Europe and other places.”