Euro area heads for double-dip recession as lockdowns drag on 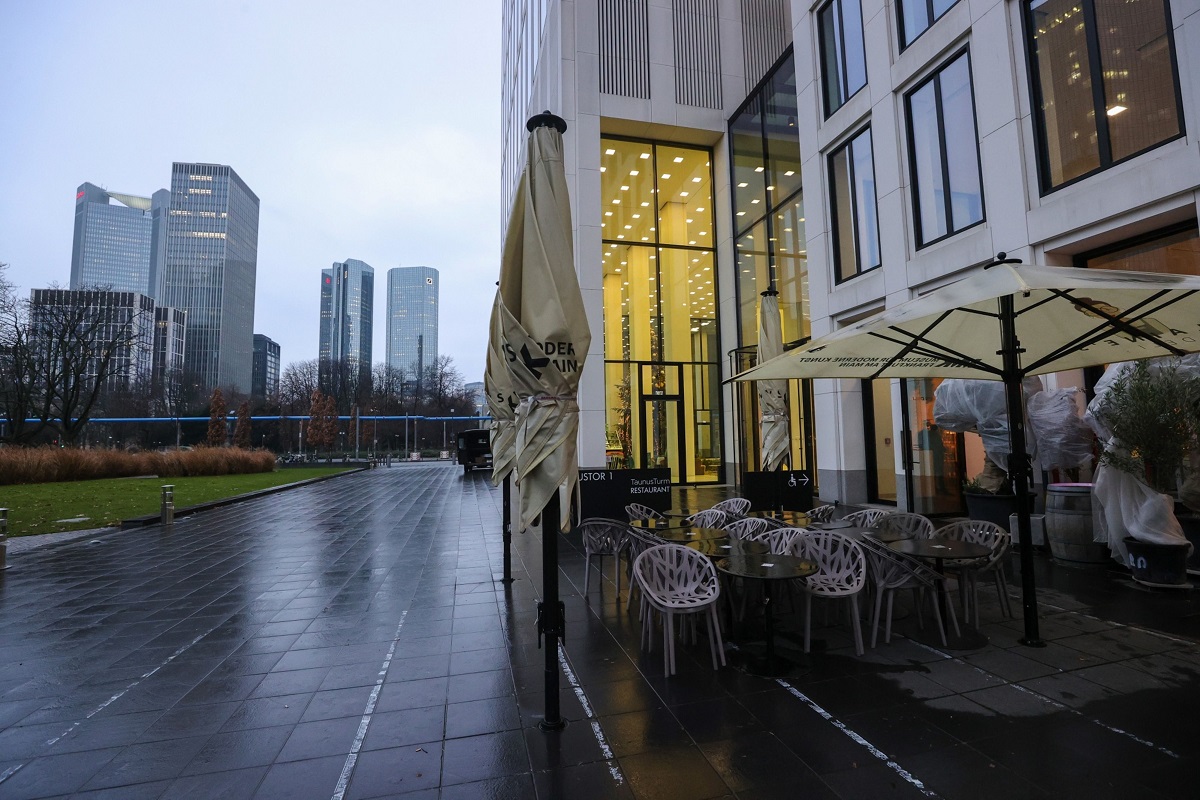 (Jan 12): The euro-area economy is poised to shrink again at the start of this year as the resurgent pandemic plunges the region into a double-dip recession.

Analysts at banks including JPMorgan Chase & Co and UBS Group AG are downgrading forecasts to account for renewed lockdowns — in some places tougher than ever — and the prospect that the new coronavirus variant ravaging the UK will do the same on the continent.

Add vaccination delays to trade disruptions because of Brexit, and the scene is set for a second straight quarter of falling gross domestic product. That would echo the downturn at the start of 2020, even if less severe, and increase pressure on indebted governments and the European Central Bank, which meets to set policy next week, to provide more financial support.

High-frequency indicators show that while euro-zone economic activity picked up in the first week of this year as people returned to work, it’s far lower than a year ago. Bloomberg Economics now says the euro-area economy will shrink about 4% in the first three months of 2021, based on “pessimistic” assumptions about how long restrictions will last. It previously forecast growth of 1.3%.

JPMorgan, which reckons the economy suffered a massive 9% contraction in the fourth quarter of 2020, now projects a 1% downturn in the first quarter of this year compared with its earlier forecast for 2% growth.

UBS expects a first-quarter drop of 0.4%, compared with its earlier expectation for 2.4% growth. Goldman Sachs Group Inc predicts a slight contraction, with major uncertainty and “risks skewed further toward the downside.”

Brexit is having an impact too. ING Groep NV says that in addition to the turmoil from the virus, exports could weaken again following the year-end boost of euro-zone companies rushing to ship products to the UK before a possible no-deal outcome to trade talks.

The Dutch bank expects zero growth “at best” in the next three months, and said the economy won’t return to its pre-pandemic level until well into 2023.

“2021 is starting on the wrong foot,” Chief Economist Peter Vanden Houte said in a report. “The start of the vaccination campaign has been slow and sometimes chaotic.”

There have been sizable divergences among member states. Germany has benefited from its greater reliance on manufacturing, with factories staying open while government-mandated lockdowns shut non-essential shops and much of the hospitality sector. Bloomberg Economics says the nation probably managed to post some growth in the fourth quarter.

All governments are under increased pressure to support companies and workers with fiscal aid. Debt-financed spending that is enabled by the ECB’s massive monetary stimulus keeping borrowing costs close to zero.

The central bank has now drawn out its bond-buying program to March 2022. That means it may get through this year without any major policy adjustments. Citigroup says the program will still ultimately need to be extended again.

Most economists predict that it’ll be the second quarter — after more than a year of misery — that a recovery ultimately gets under way. The bounce-back could be sharp, at least initially, once restrictions are eased and infections subside, as more of the population is vaccinated.

Pent-up demand could see a chunk of the hundreds of billions of euros of consumers’ involuntary savings being unleashed — potentially causing a temporary flareup in inflation.

By the second half of the year, the European Union’s unprecedented 1.8 trillion-euro (US$2.2 trillion) recovery fund and multi-year budget should be supporting growth — public investment that will be crucial if companies want to repair finances debilitated by the crisis.

“We expect governments to provide ongoing support to assist the recovery, with a shift from income support to demand stimulus,” UBS economist Reinhard Cluse said in his report. “Ongoing monetary policy support throughout 2021 and into 2022 seems assured.”