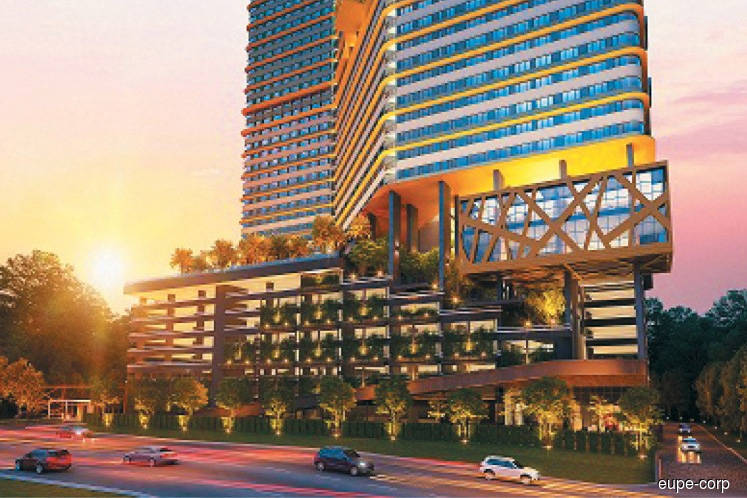 The 2.73-acre leasehold project in Taman Pudu Ulu will have 793 units housed within a 46-storey tower. The project has an estimated gross development value (GDV) of RM495 million. The units will have built-ups between 592 sq ft and 1,470 sq ft with indicative prices from RM393,000.

Previously known as The Weave, the project was re-designed to cater to a wider range of property buyers.

Head of marketing and design Michelle Gan Eileen added that Parc 3 offers different price points for units with similar layouts, so people can make their choice without having to forgo their layout preference.

“For example, for a 2-bedroom and 2-bathroom layout, we offer two different built-ups at two different price points so buyers can consider and choose based on their affordability,” she added.

According to Gan, Parc 3’s design is based on the concept of natural living. There will be three internal parks within the development — hence the name Parc 3. Upon completion, the development will be facing the 33-acre Pudu Ulu Recreational Park.

One unique feature of the project is its facilities floor.

“Some of the facilities — such as the business centre, celebrity kitchen, function hall and floating gym — are suspended in glass pods, so it looks like a treehouse. At the centre of it all is an atrium — with it, we can achieve maximum ventilation as the air flows through the atrium.

“This also reduces the temperature within the building, as well as the use of air-conditioning,” she elaborated, adding that Eupe believes that creativity does not have to come with a cost.

According to Beh, Eupe has also focused on the security features of the project.

“We noticed that people [who are living in or are looking to live in Cheras] want better security but many existing high-rise homes are not addressing the issue,” he said.

In terms of accessibility and amenities, Parc 3 is 500m away from the Maluri Light Rail Transit station and 700m away from AEON Maluri. “Everything is walkable [from Parc 3] and Kuala Lumpur city centre is about 20 minutes’ drive away,” said Gan.

Parc 3 is the second project in the Klang Valley for the Kedah-based Eupe. Its maiden project in KL was Novum in South Bangsar, which is almost sold out and slated for completion by mid-2019.

With a GDV of RM555 million, Novum is a freehold condominium jointly developed by Eupe and Asthetik Property Group Sdn Bhd, comprising 729 units across three towers on a 3-acre parcel. Selling prices range from RM720,000 to RM1.73 million.