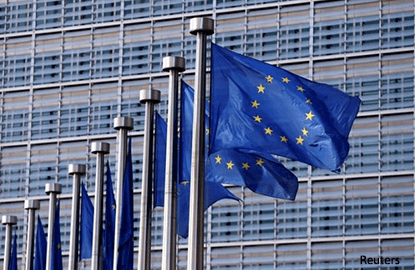 BRUSSELS/BEIJING (Feb 15): The European Union is preparing an early summit with China in April or May in Brussels to promote free trade and international cooperation in the face of a more protectionist and inward-looking Washington, three EU officials said.

China and the EU hold a summit every year, usually in July, and a date has yet to be fixed formally for 2017. One of the officials said Beijing had requested it to take place as early as possible. China's Foreign Ministry declined to comment.

The EU believes China wants to use the summit to press home President Xi Jinping's vigorous defence of open trade and global ties at the World Economic Forum in Davos in January, in response to the new U.S. President Donald Trump.

"With an early summit, China wants to send a message to the United States that it has friends in Europe," said one official, who helps formulate EU policy.

The EU, on the other hand, wants to solicit China's vocal support for international institutions such as the United Nations, which Trump chided and Russia bypassed in securing a ceasefire in Syria through direct talks with Iran and Turkey.

"With this drive by some countries to undermine or weaken international institutions, we would want to see China supporting and believing in the United Nations, the World Trade Organisation," a second EU official said.

The European Union is still cautious about the direction of its second-largest trading partner, concerned by China's massive steel exports, its militarisation of islands in the South China Sea and a turn towards greater authoritarianism under Xi.

But while Trump has praised Britain's decision to leave the 28-nation EU — an unprecedented setback for the bloc - China has repeatedly said it wanted to see a strong, stable and united Europe, and has looked on nervously since the Brexit vote.

"We want a multi-polar world and the EU plays a very important part in that," said a source in Beijing familiar with China's thinking towards the EU.

Preoccupied by Britain's departure, the world's biggest trading bloc welcomes China's desire to stand up to Trump, who criticised China's trade practices and threatened to impose punitive tariffs on imports.

Trump has pulled out of a multilateral trade agreement with Asia-Pacific nations, vowed to renegotiate the U.S. free-trade deal with Canada and Mexico and wants to protect U.S. industries from foreign competition by levying new tariffs on goods.

"Europe doesn't want to see a reversal of globalisation," said Jin Canrong of the School of International Studies at the Renmin University of China. "If the Anglo-Saxon world withdraws from globalisation, we hope China and Europe can take it on."

The last meeting of the EU and Chinese leaders took place in Beijing in 2016 and was held in a tense atmosphere because, on the same day, an international court ruled China's claims to the South China Sea were unlawful.

An early summit this year could help put aside a difficult 2016, when the EU admonished Beijing diplomatically over the South China Sea, decided against recognising China as an economy driven by market forces and saw both sides fail to resolve a deepening trade dispute over Chinese steel production.

China presents its westward infrastructure drive - the "One Belt, One Road" project - as beneficial for the EU and Beijing has already enticed EU governments to join the Chinese-led AIIB bank in defiance of Washington in 2015.

"If China wants to help uphold the rules-based global order, then we welcome that," said a third EU official. "But we also say: let's see some concrete steps."

Outstanding issues involve an investment pact that Beijing and Brussels agreed to negotiate in 2013 to make it easier for European businesses to work in China but which remains open. That is seen as a forerunner to a future free-trade accord.

China has also pledged to invest in the European Union's new infrastructure fund, but almost two years of on-off discussions have not lead to a decision by Beijing because it would not control how the money is spent.

While the European Union says it is neutral in the South China Sea dispute between China and other Asian nations, the bloc wants to see freedom of navigation and over flight upheld.