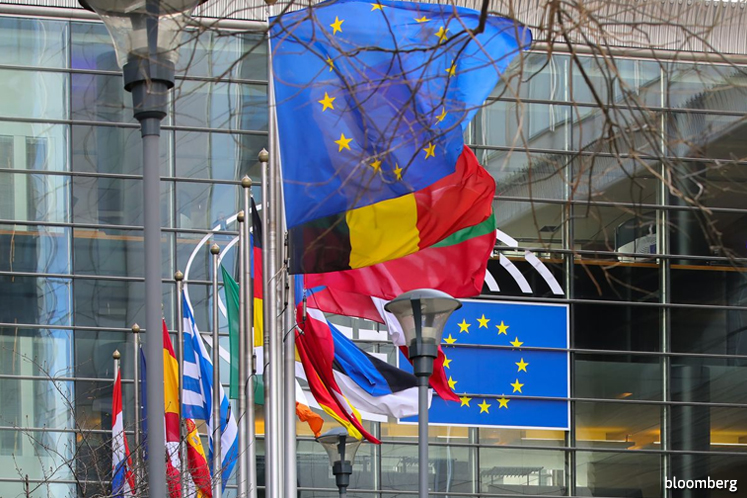 (March 27): European leaders struggled to agree on a concrete strategy to contain the fallout from a deadly coronavirus, leaving key details to be hammered out in the weeks ahead.

With thousands of people falling ill and hundreds dying every day from the pandemic in the continent, the leaders spent much of Thursday arguing over whether a joint communique would hint at burden sharing as a recourse to repair the damage to their economies. Earlier this week, finance ministers deferred decisions to leaders, only for them to kick the can down the road again by tasking the finance ministers to come up with proposals within two weeks.

A video call on Thursday was expected to give the green light for the creation of credit lines from the region’s bailout fund to keep borrowing costs low while governments ramp up spending to cushion the impact of the pandemic. But efforts to agree on the exact wording of the common statement ended with a murky report, as a group of member states including France, Italy and Spain wanted much more radical steps to tackle the economic impact, such as the prospect of joint debt issuance.

The calls, backed by European Central Bank President Christine Lagarde, fell on deaf ears with Germany and the Netherlands, echoing similar divisions during the sovereign debt crisis that almost tore the bloc apart almost decade ago. Italy resisted an effort to have the European Stability Mechanism presented as the solution to the problem of funding the response.

Over a heated exchange, countries most hit by the coronavirus were pitted against those from Europe’s fiscally hawkish north. In lieu of concrete decisions, the leaders asked the presidents of the European Union institutions to come up a with a proposal for an exit strategy.

The ECB’s massive intervention earlier this month has let the decision-making paralysis among EU governments go unpunished. When sovereign bond yields spiked amid doubts by investors on whether indebted countries can afford the spending required to stem the fallout, the ECB announced a bond purchase program that brought down borrowing costs across the bloc.

Still, the inertia doesn’t bode well for the EU, as a looming recession is expected to increase unemployment, threaten financial stability and boost populist leaders seeking to upend the continent’s political establishment. The bloc is facing a crisis of “epic” dimensions, Lagarde said during Thursday’s video conference, in one of the few points that her and German Chancellor Angela Merkel appeared to agree.