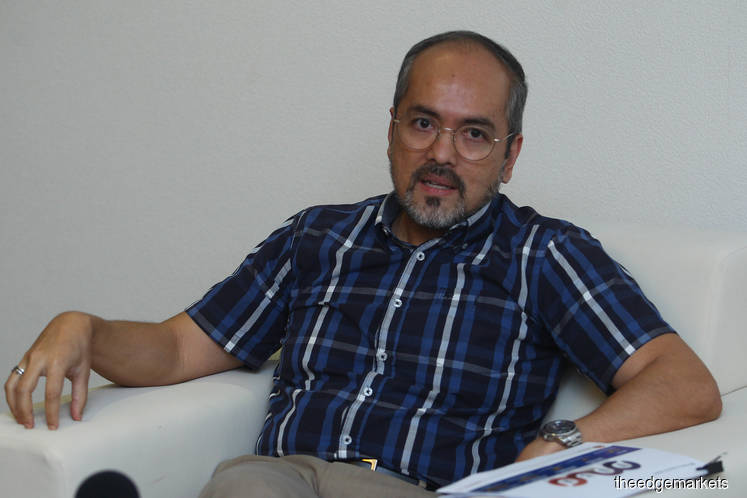 KUALA LUMPUR (June 17): The majority of the 4.1 million applications for the i-Lestari Account 2 withdrawals from the Employees Provident Fund (EPF) are those from the B40 or bottom 40% income group, according to EPF chief executive officer Tunku Alizakri Alias.

"We are fairly worried because some of our members have already exhausted their Account 2 after two months. That's only RM1,000 in Account 2 (RM500 per month for two months)," he told reporters at a briefing today.

The B40 group is defined as those with household income of less than RM4,360 per month. Half of Malaysia’s 8.8 million wage earners earned less than RM2,308 a month in 2018, according to the Department of Statistics Malaysia’s (DoSM) Salary and Wages Survey Report 2018.

When releasing the retirement fund’s first quarter results for the year 2020 on Saturday evening, the EPF said 4.1 million of its members had applied for the i-Lestari withdrawals, with RM1.94 billion withdrawn as at June 5 this year.

The i-Lestari facility allows EPF members aged 55 and below to withdraw between RM50 to RM500 a month for 12 months through March 31, 2021, subject to available funds in the members’ own EPF Account 2. According to The Edge’s own estimates based on 2018 active members savings data released by the EPF in its 2018 annual report, at least 2.8 million or 38% of the 7.36 million active EPF members at end-2018 did not have enough money in their Account 2 to withdraw the maximum RM500 a month, or RM6,000 per year.

To have the maximum allowed withdrawal of RM6,000 (RM500 x 12 months) under this scheme, one needs to have at least RM20,000 in total EPF savings. This is given that 30% of members’ savings are in Account 2 and assumes that no other withdrawals have been made by the members.

A total of 1.38 million or 18.8% of EPF members did not have a total of RM6,000 saved up as at end-2018, let alone have that amount in Account 2 for withdrawals for one year, data in the EPF’s 2018 annual report shows. The EPF has yet to release its 2019 annual report, which first needs to be approved by Parliament before it is released to the public.

The EPF began crediting the approved i-Lestari withdrawals into its members’ bank accounts from May 4, about a month after accepting applications on April 1.

Applications for i-Lestari withdrawals "are still coming in", Tunku Alizakri said, adding it is still premature to release further details on the profile of members who are withdrawing money from their Account 2, pending deeper studies on these numbers.

He also urged EPF members to carefully weigh their options before deciding to withdraw money from their Account 2, reminding them that it would have an impact on their retirement savings.

"By this time, other sources [of aid] have come in with the Prihatin and Penjana packages [that the government has] activated... We hope members will remember it is their old-age savings they are withdrawing," he said, as he urged EPF members to meet with the fund’s retirement advisory services officers to better plan their old-age savings.

The EPF, Tunku Alizakri said, is also "concerned" that more than 70% of its members have chosen to keep their employee statutory EPF contribution rate at the reduced rate of 7% — as allowed by the government to put more money into wage earners pockets to tide people through cash-flow issues in light of the Covid-19 pandemic — instead of reverting to the original 11%.

Only about half of all EPF members chose to keep a lower employee statutory contribution rate during the previous time it was allowed by the government.

The reduction of employees’ statutory EPF contribution by 4% to the lowest in 40 years of 7% from April 1 to Dec 31 this year — which will release up to RM10 billion of consumption boost to the economy — is part of the first RM20 billion Covid-19 stimulus package that Putrajaya announced in late February.

When the government allowed a 3% reduction to 8% for 2009 and 2010 amid the global financial crisis, the potential consumption boost was reportedly up to RM4.8 billion, if all contributors chose to keep the lower rate.

At least two-thirds of EPF members do not have the basic amount of retirement savings recommended for their respective age band. By reducing their contribution or withdrawing savings from the EPF, not only will members be using money meant for their retirement, they will also lose dividends plus the compounding power of that lost savings.

The EPF is looking at raising the current minimum targeted EPF basic savings that its members should have upon reaching age 55 of RM240,000, which was set on Jan 1, 2019 based on the RM1,000 minimum monthly pension of civil service retirees [RM1,000 x 12 months x 20 years], the retirement age of 55 and average Malaysian lifespan of 75 years.