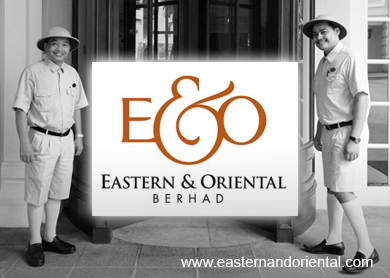 An E&O spokesman told The Edge Financial Daily that the initial public offering (IPO) of E&O UK is expected to be completed sometime within the year, but declined to comment further as the proposal is still in the preliminary stages. “At this point  ... it’s a bit premature. We are still putting together the proposal and we cannot disclose the details yet. We will need at least a month ...  to put together the proposal. The listing will be in 2015.”

Last Monday, in an announcement dated May 25, E&O (fundamental: 1.3; valuation: 1.4) revealed its proposal to list the entire securities of E&O UK, an indirect wholly-owned subsidiary of the group, on the Alternative Investment Market (AIM) of the London Stock Exchange.

The group said the listing will support its expansion in the United Kingdom, as it is expected to enhance the visibility of its property development and investment activities in the UK, and expects its gearing to improve, following the de-consolidation of E&O UK and its subsidiaries.

“Through the proposed IPO, the E&O UK group will be able to strengthen its financial position and raise funds for the redevelopment of its real estate assets in London, namely ESCA House, Landmark House and Thames Tower into residential and mixed-use developments, subject to obtaining  ... planning consent,” said the group. E&O will issue one warrant per share of E&O UK, following the successful listing of its subsidiary.

A property analyst with MIDF Research viewed the development positively, as the listing will reduce the group’s net gearing, noting that the group’s cash level has declined, while total liabilities rose as at March 31.

“We are positive on the news as this will reduce E&O’s net gearing, which is currently at 0.60 times, to a more healthy level of below 0.35 times post IPO,” he told The Edge Financial Daily. He said there are two ways E&O can reduce its gearing level through the IPO: (i) through the cash proceeds from the listing exercise and (ii) through the de-consolidation of its stake in E&O UK. “De-consolidation means that E&O will eventually own less than 50% of the listed entity. As a result, E&O will no longer be required to consolidate E&O UK’s debt at the group level. Hence, this will result in lower net gearing,” he said.

“Although this is a concern in the short term, management has already taken proactive action to pare down its net gearing via the IPO of its UK subsidiary,” said the analyst. However, he added that it is still too early to say whether MIDF will revise its “neutral” rating on E&O based on the news of the IPO itself, as the research house is also looking at earnings delivery, valuation and the general sentiment towards the property industry.

Terence Wong, analyst with CIMB Investment Bank Bhd, views the proposed listing positively and said E&O will sell down its stake to below 50% for the IPO, thus reducing the group’s gearing ratio. He noted that the group has already appointed an acting chief executive officer (CEO) to head the UK operations, as well as four or five staff members who will manage the UK business separately from E&O.

However, he does not expect E&O to record any gains from the exercise, as any revaluation of the group’s properties will likely be offset by its listing expenses. E&O closed three sen or 1.7% higher at RM1.83, giving a market capitalisation of RM2.20 billion.