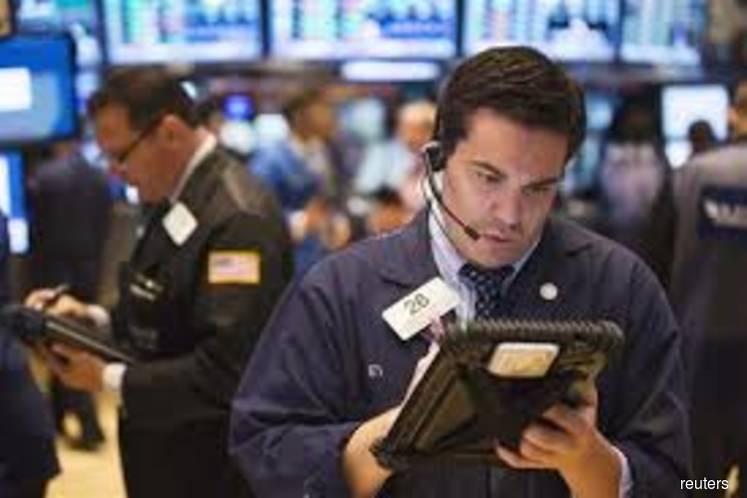 NEW YORK (Jan 7): The S&P 500 and the Dow Jones Industrial Average slipped on Tuesday, led by losses in oil and healthcare stocks, with investors nervously awaiting the latest in the U.S.-Iran standoff.

The tech-heavy Nasdaq remained buoyant, as chipmakers resumed their strong rally from 2019.

Energy stocks were down 1% as oil prices surrendered gains made over the last few days, and healthcare stocks fell 0.3%, as shares in Merck & Co Inc were hit by mixed results in its late-stage trial of a cancer drug.

Equity markets have been trying to shake off concerns from escalating tensions between Washington and Tehran, after the killing of a top Iranian military commander last week by the United States.

"The reason why we are modestly negative here is the tension in the Middle East and the noise coming out around it," said Phil Blancato, chief executive officer of Ladenburg Thalmann Asset Management in New York.

"I think the market is being very patient here, just waiting for news from one side or the other."

Latest data showed new orders for U.S.-made goods fell in November, pulled down by steep declines in demand for machinery and transportation equipment, pointing to sustained weakness in manufacturing.

However, another reading on the non-manufacturing sector activity for November came in better than expected.

Goldman Sachs Group Inc rose 1.3% after the Wall Street bank said it had overhauled its main business units, ahead of its quarterly results next week.

Shares of Apache Corp soared 25% after it and France's Total SA said they made a major oil discovery off the coast of Suriname at the closely-watched Maka-Central 1 well.