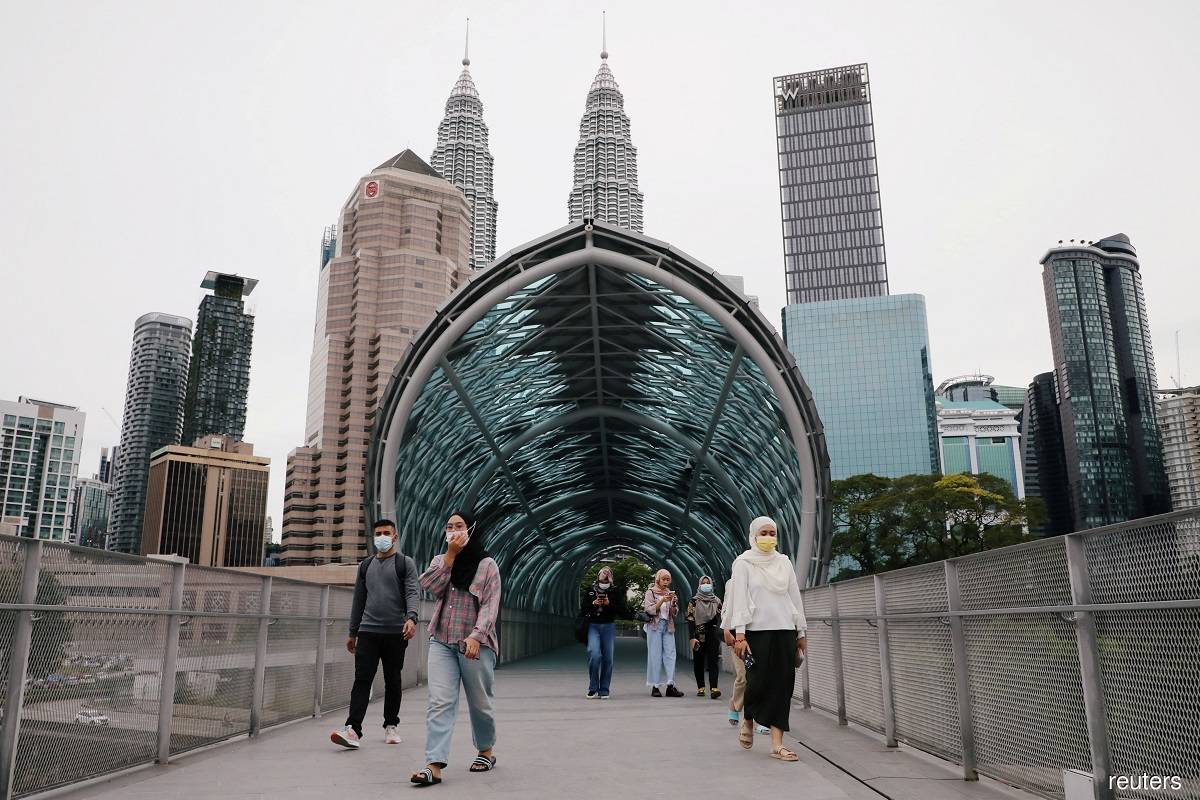 KUALA LUMPUR (April 6): The recent rise in the yield of Malaysia Government Securities (MGS), in tandem with the global trend, as opposed to record lows seen during the pandemic in 2020 suggests that the window might have closed for governments and corporations to enjoy ultra-low borrowing costs across the board.

However, some quarters argued that bond yield is the function of many variables including economic growth and inflation expectations. Other factors also influence borrowing costs, such as credit ratings, size and tenure of borrowings, to name a few.

"Consider also that bond supply in Malaysia picked up strongly, and was snapped up by markets giddy at the time during the period of low rates.

"As this is digested now in the face of higher rates, investor appetite has repriced higher to become more 'practical' or realistic," Brown told The Edge.

Globally, governments have opened their fiscal taps to address the dent caused by Covid-19 on the economy, resulting in more sovereign debts. Now as the ball starts rolling, markets are pricing in higher inflation to accompany that recovery.

Putrajaya, for example, has committed to undertaking more borrowings, for instance to fund RM9 billion out of the RM11 billion fiscal injection under the PEMERKASA aid package.

"The fiscal deficit is now projected higher at 6% of GDP (gross domestic product) [at end-2021] versus 5.4% previously. As such, a combination of higher borrowings and potentially higher long-term US Treasury yield could put renewed pressure on longer-dated MGS yields," said UOB senior economist Julia Goh.

Some analysts do expect the post FTSE Russell event buying on MGS to sustain, which in turn pulls down the yield again. However, others, like MARC head of economic research Firdaos Rosli, have begged to differ, expecting more upward pressure on MGS' yield.

The MGS enjoyed some attention as FTSE Russell removed Malaysia from its watch list and retained it on the World Government Bond Index on March 29, citing commendable enhancements for investors of the Malaysian government bond market.

"With the prospects of constant policy rates and additional fiscal spending, the MGS yield curve will be pressured to steepen further.

"Spillover from [US President Joe] Biden's US$1.9 trillion stimulus is expected to drive inflationary pressure, thus putting some pressure on foreign exchange and trade. The rapid approval of the trillion-dollar package [in the US] suggests that the US$2.25 trillion infrastructure spending plan could also be approved quickly.

On that note, traders of Malaysian bonds will be watching closely the S&P Global Ratings review for Malaysia in June.

The repeat of the 2013 Taper Tantrum, when the US saw a spike in bond yield after the government signalled to unwind quantitative easing (QE), is one concern now. However, a bond trader commented that the incident is unlikely to repeat considering the US Federal Reserve has made known that it will not unwind QE and hike rates that soon.

"As long as there is no sudden squeeze in US liquidity, the [global bond] market can adapt and adjust," the trader added.