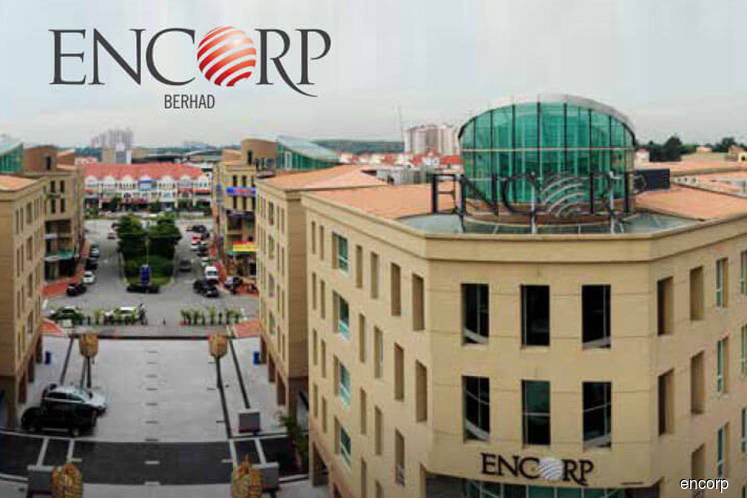 In a filing with Bursa Malaysia today, Encorp said Zakaria, 59, was appointed to his current role on Feb 18, 2016. He is also a former assemblyman of Ampangan, Negri Sembilan.

In a separate filing, Encorp reported a net loss of RM28.22 million for 4QFY17, compared with a net profit of RM16.64 million a year ago, mainly due to lower on-going projects, reduced sales of properties from the current project and no improvement to the number of tenancies for its Encorp Strand Mall in Petaling Jaya, Selangor.

"The decrease is further exacerbated by liquidated ascertained damages arising from a project amounting to RM46 million, impairment of goodwill for a subsidiary company of RM6 million and impairment to the fair value of properties of RM18.6 million," the filing added.

On prospects, Encorp said it is cautiously optimistic on the property market, as is always striving to development attractive products and to constantly innovate in this challenging environment.

"In November 2017, the group has launched Phase 1 of its Dahlia development at Cahaya Alam which consists of 57 two-storey link units, and it has received positive response for the project," Encorp said.