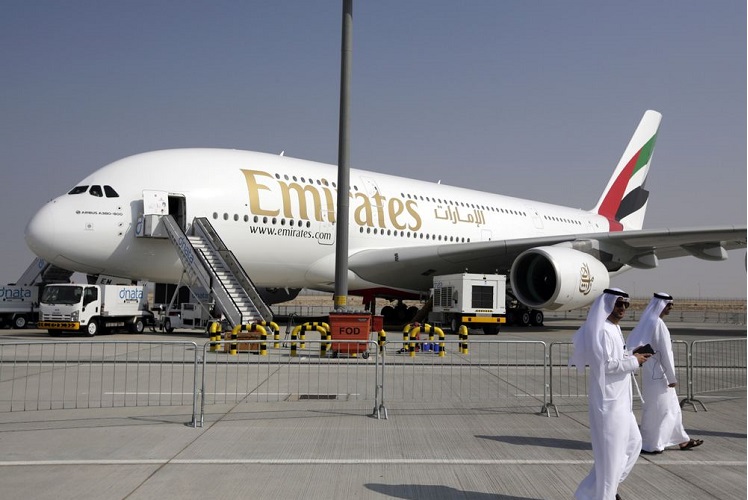 DUBAI (May 17): Emirates Group is considering plans to cut about 30,000 jobs as the operator of the world’s largest long-haul carrier seeks to reduce costs after the coronavirus pandemic grounded air travel.

The group could reduce the number of employees by about 30% from more than 105,000 at the end of March, according to people familiar with the matter. Emirates is also considering accelerating the retirement of the A380 fleet — of which it is the biggest operator, some of the people said, declining to be identified because the information hasn’t been made public.

A spokesperson for Emirates said the company declined to comment on rumors.

Airlines across the globe are cutting jobs after being hit with an unprecedented near-total shutdown of travel as the health emergency swept across continents and governments closed borders and ordered populations to stay at home. About 70% of global carrier capacity is idled and the industry stands to lose US$314 billion in 2020 in ticket sales, according to the International Air Transport Association.

Emirates President Tim Clark earlier this month told Abu Dhabi-based The National that he expects demand for airline travel to be “tempered” for at least the next couple of years. He also called the pandemic a black swan event for the industry, referring to a rare occurrence with extreme impact.

Dubai’s government said in March it would financially support the airline, which has taken a slew of measures to shore up cash since the virus outbreak. Those include temporally slashing salaries, grounding most of its passenger flights and deferring the delivery of the last batch of the A380 superjumbos.

Still, profit for March was more than 1.5 billion dirhams (US$408 million) lower than expected and the group lost over 3.4 billion dirhams in revenue that month, it said in its annual report published last week.

Emirates already decided last year to pare back its A380 order, kicking off a sweeping fleet review at the carrier, with the superjumbo ceding its role as the linchpin of a strategy that made Dubai the leading hub for flights around the globe. Airbus announced at the time that A380 production would end in 2021.