Emerging technology poised to take off in 2017 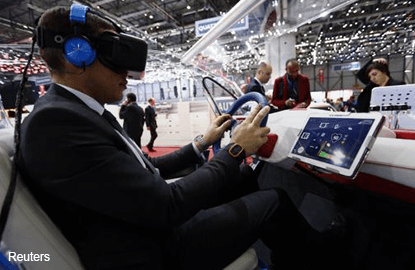 SINGAPORE (Jan 4): Emerging technology such as smart homes, digital assistant devices, virtual reality, and drones could drive the US consumer technology industry to record-high retail revenues of US$292 billion (S$423 billion) in 2017.

This is according to an industry report published Tuesday by US-based Consumer Technology Association (CTA).

"Our forecast reinforces our belief that connectivity is going to be one of the driving trends of our time," says CTA president and CEO, Gary Shapiro.

From smart thermostats and smart smoke detectors to IP/Wi-Fi cameras and smart locks, the smart home category is expected to see sales revenue increase by 57% y-o-y to US$3.5 billion.

“4K UHD TVs are one of the industry's fastest growing segments, driven in part by next-generation technologies such as high dynamic range and wide colour gamut,” says CTA.

Meanwhile, digital assistant devices, such as Amazon's Echo and Google Home, are expected to grow 36% y-o-y to US$608 million in revenue.

“These products present an opportunity to understand how home tech products will integrate artificial intelligence over time,” says CTA.

Other emerging tech that is capturing consumers’ imaginations are virtual and augmented reality devices as well as wearables. VR and AR devices are forecast to grow by 43% to US$660 million, while wearables such as fitness activity trackers and smartwatches are expected to grow 3% to S$5.5 billion.

Drones are forecast to climb to US$1 billion in revenue for the first time, up 46% y-o-y.