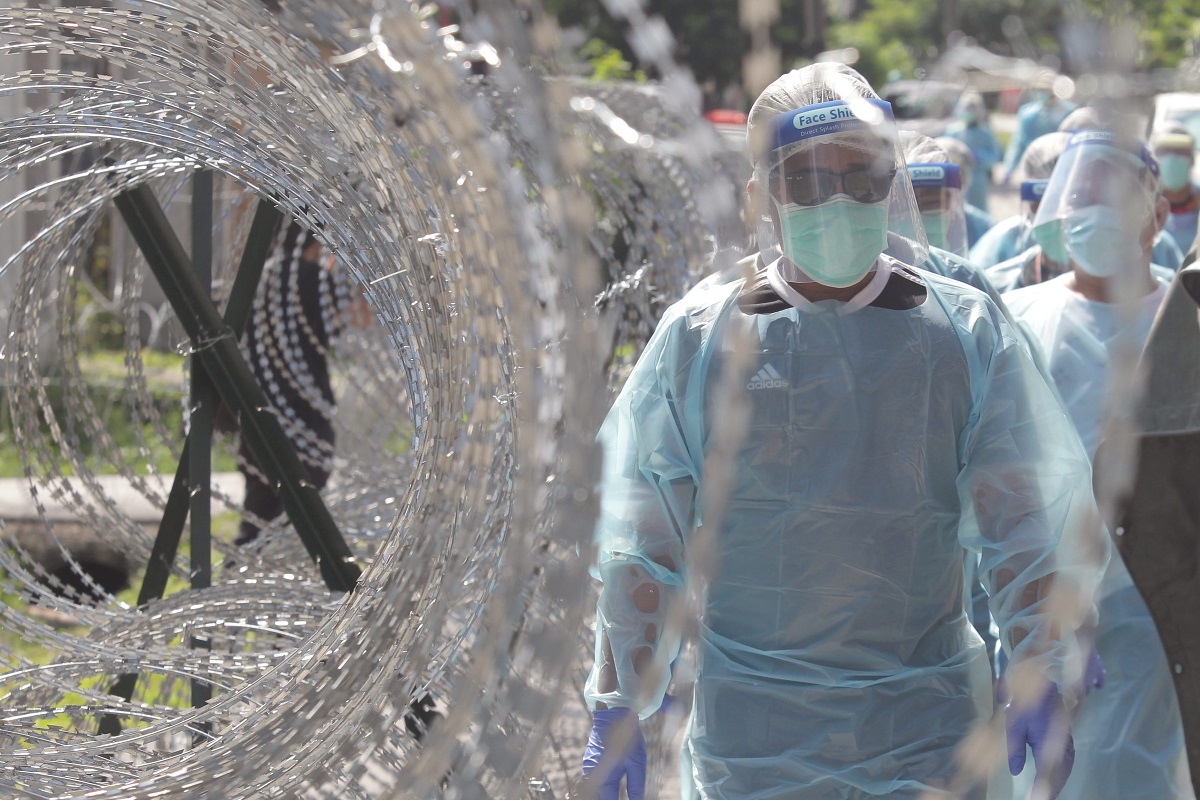 “The Health Ministry (MOH) has conducted 197 targeted screenings and 50 positive Covid-19 cases have been recorded in this locality.

“Based on risk assessment and advice by MOH, the EMCO will be enforced in this locality for 14 days from Nov 27 until Dec 10,” he told a media conference on the Recovery Movement Control Order (RMCO) updates here today.

He said with the enforcement of the EMCO, all residents must abide by the set standard operating procedure (SOP), which includes barring them from leaving the area except for emergency cases and the closure of schools, mosques and other houses of worship.

Ismail Sabri also announced the imposition of EMCO on Taman Telipok Ria, Tuaran, Sabah from Nov 27 to Dec 10, saying 253 positive Covid-19 cases have been recorded there while the results for 581 samples are still pending.

Following this, he said, police, the armed forces, civil defence personnel, voluntary corps members and local authorities would be monitoring these localities to ensure compliance with the EMCO and SOP to curb Covid-19.

He said the EMCO in Kampung Pengaraban, Kampung Tanjung Kapor and Kampung Landung Ayang in Kudat, Sabah would end as scheduled tomorrow.

“MOH’s risk assessment found that the Covid-19 situation in these localities is showing a downward trend and under control. Of the 3,084 screening tests conducted, 345 positive cases of Covid-19 were recorded,” he said, adding that residents are still bound by the SOP under the RMCO.

He also said all the 312 individuals arrested yesterday for breaching the RMCO SOP had been issued compound fines.

On Operasi Benteng, he said 8,760 illegal immigrants, 798 skippers and 360 smugglers were arrested between May 1 and Nov 24.