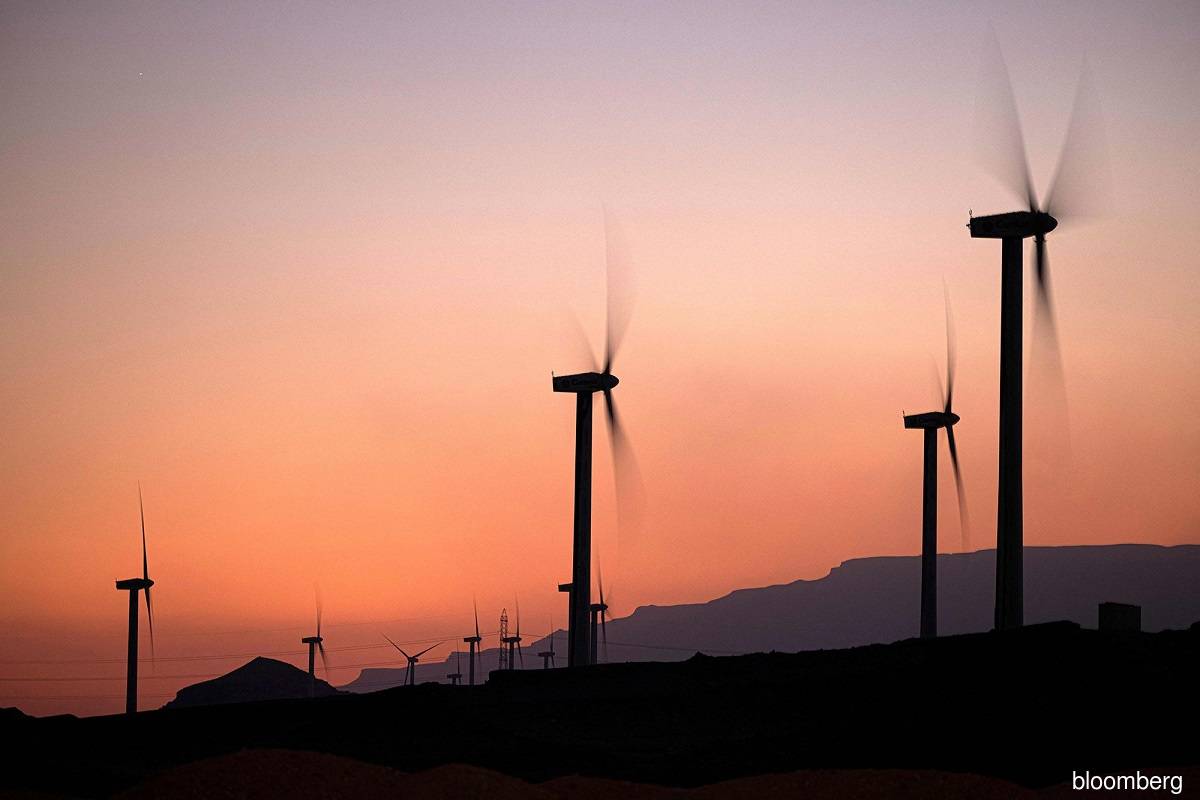 (Nov 21): The construction of one of the world's largest wind farms in Egypt is set to start in 2024 and could provide electricity to Europe and Saudi Arabia, according to one of the main companies backing the US$11 billion (RM50.37 billion) project.

A consortium that includes Abu Dhabi-owned Masdar and Infinity Power Holdings would finish building the 10-gigawatt onshore plant by 2030, said Mohamed Mansour, chairman of Infinity Power. That capacity is roughly one-fifth of what the UK has today for all forms of renewable energy.

The Egyptian government would buy the power, some of which may be exported via existing and planned cables to Europe, Saudi Arabia, Sudan, and Libya, Mansour said in an interview at the COP27 climate summit in Sharm El-Sheikh, which ended on Sunday.

The companies expected to secure land for the project this year, he said. They were looking at two locations in Egypt's Western Desert, one near Minya and the other Aswan, both of which have wind speeds that can reach 10 metres per second, according to Mansour. His uncle is an Egyptian billionaire with the same name.

Governments and investors are pouring money into wind and solar plants around the world as they seek to transition away from fossil fuels and limit global warming to 1.5 °C above pre-industrial levels.

The same group is also working on an Egyptian green-hydrogen facility that may be able to produce 480,000 tons a year of the fuel by 2030, said Mansour. Around 80% of the two projects will be financed through debt, while the rest of the money will come from equity.

While Infinity Power is able to secure funding for its projects, rising interest rates may lower the firm's profits, said Mansour.

"We look to optimise in other areas to make up for that setback," he said. "This will make projects more costly."

Infinity Power aims to increase its capacity in Africa three-fold by 2025 to 3.75 gigawatts. It is considering projects in Zimbabwe, Guinea, and Tunisia, and expanding in South Africa.

Africa "is where the power generation is mostly needed", said Mansour. "We believe in generating clean electricity through renewables and we believe that everybody has the right to access to electricity."

The continent has some of the lowest per-capita generation rates in the world, with regular blackouts in many countries holding back economic growth.

Infinity Power hopes to finalise the takeover of Amsterdam-based Lekela Power, which has about one gigawatt in wind-generation capacity, in January.

"The acquisition of Lekela is very strategic for us," said Mansour, "We were very knowledgeable in the solar-technology space, while Lekela brings us wind expertise."