EduNation: National STEM centre and a central registry for graduates 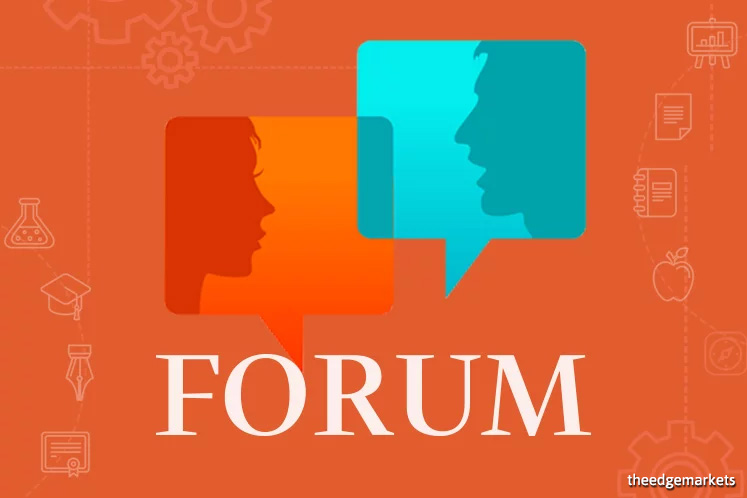 Welcome to your most demanding jobs, dear new ministers. It is crucial that STEM (science, technology, engineering and mathematics) be given an important place in all your ministries.

The underlying problem stems from the stark reality that STEM graduates who are an invaluable asset to the nation are failing to find positions, roles or jobs related to their disciplines. Many end up taking roles in non-related fields such as auditing, consultancy, banking, human resources, administration or worse — to pay the bills — end up as a Penang state council sweeper, a waiter at Starbucks, a sandwich-maker at Subway, a Grab driver, a Food Panda deliverer, or just remain unemployed, disillusioned and demotivated.

They should instead be in the forefront, creating jobs, solving industry problems and coming up with innovative ideas. This young nation of ours can ill afford to see our youth and a substantial vote bank disintegrate into thin air until and unless people in power begin to take and make the right steps moving forward, without taking anything for themselves.

Parents are still not convinced that there are readily available jobs waiting for their science stream children. As such, they will be most unlikely to guide their children in that direction. What makes it worse is that the science stream is perceived as difficult and more expensive to pursue.

Even professions such as medicine, dentistry and pharmacy that were once revered see graduates now having to endure long waits to secure a place for housemanship or a clinic to take them on. Other graduates of STEM-related disciplines, such as astrophysics, biochemistry and biomedical science, end up being sales representatives of pharmaceutical companies when they should be in state-of-the-art laboratories finding new uses for plastic waste while reducing landfills, collaborating with global scientists to create a vaccine for Covid-19 or conducting research for the next scientific breakthrough in renewable technology.

Let us not make the same costly mistake we made before when the government decided that it would go big into biotechnology. We churned out biotechnology graduates but without developing the sector to take them on, they struggled and then abandoned the field. The luckier ones migrated and are now assets to developed countries.

The new Cabinet has to realise that while palm oil and manufacturing remain the country’s staples, it needs to invest and diversify heavily into the new economy of digital and blockchain technology, IR4, robotics and artificial intelligence, or even agriculture for food security, while continuing to emphasise STEM and ensuring its sustainability.

This is what our graduates need to know. Once that is determined, higher education and education will fall into place. We most definitely need more periods for science and mathematics for critical thought and analytical skills in schools.

In developing the national science policy, the idea of a National STEM Centre to house all things related to STEM was mooted as a joint effort between the Ministry of Science, Technology and Innovation then (and subsequently endorsed by the Ministry of Energy, Science, Technology, Environment and Climate Change) and the Education Ministry. It has since been formed but remains in the basement of the Education Ministry with a negligible budget and obsolete hardware and for now, has only been assigned to upscale Inquiry-based Science Education (IBSE) in schools.

The Science, Technology and Innovation, Higher Education and Education ministers should be able to envision the great potential of the National STEM Centre by thinking futuristically and dreaming big and develop it into a world-class institute, offering a spectrum from the way interest in science is inculcated at pre-school to careers at PhD level.

It can immediately set up a central registry for all graduates of STEM disciplines to map out the numbers, the quality and the careers these graduates have ended up in, by choice or otherwise, as well as those actively seeking employment and the respective fields they desire.

It is believed that we still have a shortfall of 500,000 scientists and engineers. This proposed registry will debunk these figures. There is no need to re-invent the wheel as strides have been taken over the years. It is a matter of acting upon policies and continuing to develop what we have already in place. Ministers do not need to leave legacies. Just leave us an effective, efficient and impactful system without any leakages.

We want to see government policies emerge to ensure that gaps in the demand and supply of STEM-related human capital are bridged. Facilitating the transition may be done via mere support, financial incentives and the adoption of specific technologies, coupled with adequate investment and grants. There are no two ways about it — it is STEM that will lead us to developed nation status by making cutting-edge technology into a culture to realise the full potential of Malaysians, no matter how young we are as a nation.

Keep politics out of education. Our strength is in our diversity.